In order to repair the bruised economy, President Obama plans a $1 billion stimulus package for Hamas


It's wouldn't be a real economic crisis without dozens of hare-brained schemes hatched by our Democratic rocket-scientist leaders. Never mind a mind-numbingly large Porkulus package and Harry Reid's Mag-Lev train to nowhere. Barack Obama has a truly winning idea:

Let's send $1 billion of the taxpayers' money to Hamas! After all, what could possibly go wrong?

The United States plans to pledge more than $900 million to help rebuild Gaza after Israel's offensive against Hamas and strengthen the Palestinian Authority, a U.S. official said on Monday. The money will be channeled through UN and other bodies and will not be distributed via the militant group Hamas, which rules Gaza, said the official, who spoke on condition of anonymity as U.S. Secretary of State Hillary Clinton plans to make the announcement next week at a Gaza donors conference in Egypt... 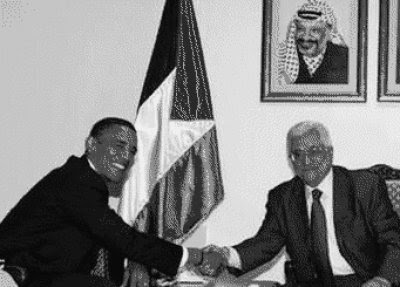 Someone -- I can't remember who -- likened the first few weeks of the Obama administration to some twisted version of Dante's inferno.

You think you've reached the lowest level of stupidity and -- Ka-Blam! -- the President unleashes another witless method of torching the taxpayers' hard-earned dough.

In this case, the plan is -- seriously -- feeding $900 million or so to the Palestinians via the utterly corrupt "UNRWA".

In other words, look for your money to materialize in the form of AK-47s, suicide belts, ambulances rigged as truck bombs and other enlightened tools of the trade for the enemies of civilization.

This just keeps getting better and better.

Update: "On a day when the markets hit a 12-year low, it's probably not a good idea to suggest we're going to pour nearly another billion dollars into Gaza..."