Killing of Apostates No Longer Encouraged at Virginia School

US pressure groups accused the school of inciting violence through its curriculum, a development that raises concerns about the future of Islamic education at the institute.

Hundreds of pages were purged from textbooks taught at the academy. While students used to study four texts in their Islamic studies — exegesis of the Qur’an (tafsir), monotheism (tawhid), Islamic jurisprudence (fiqh) and the traditions of the Prophet Muhammad (peace be upon him) (Hadith) — they currently only study one, an amalgamation of selected texts from the above four. 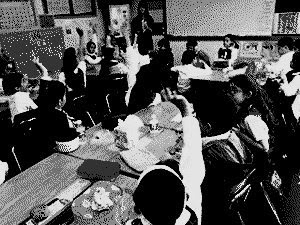 “Last year we noticed that pages were being removed. This year, however, we got new books,” said Abduljabbar Totonji, an ISA student in 12th grade who is concerned that the changes would be detrimental to the Islamic education given to students.

ISA was founded in 1984 to provide Muslim students in the United States with education in Islam and Arabic, identical to what is provided in Saudi schools. One of 19 such schools owned by the Saudi government worldwide, ISA in Virginia is the only one that no longer uses the Saudi Ministry of Education’s official textbooks.

...In its report, [US government agency] USCIRF listed examples of what it called “problematic passages,” which violate international human rights and serve to “embolden radical Islamists who seek to perpetuate acts of terrorism” on Americans and others around the world... the report quoted an excerpt from a 12th grade tafsir book that includes a Qur’anic verse prohibiting the killing of people with the authors’ commentary that it is permissible for a Muslim to kill an apostate, an adulterer, or someone who murders a Muslim.

USCIRF insists its criticism is not for the Qur’an. “None of what we have said has anything to do with the Qur’an,” said Bashir, “as a matter of fact, the passages that we cited are all interpretations or text written by the authors, not anything directly from the Qur’an...”

Beating around the bush -- in pursuit of a misguided form of political correctness -- will get a lot more innocent Americans killed someday.

at 8:46 AM
Email ThisBlogThis!Share to TwitterShare to FacebookShare to Pinterest
Labels: extremism