How to tell Chuck Schumer is lying: his pie-hole is open 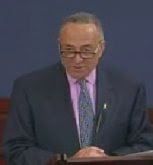 • "The issue is plain and simple that they [Republicans] don't like investments."

• "They don't like the government to spend money on education and schools."

• "They don't like the federal government to spend money on helping people with their health care."

• "They don't like the government to spend money on transportation... helping rebuild our roads and bridges."

• "Or spend money on changing our energy policy so we're not dependent on foreign oil."

• "It's okay to spend money on tax cuts for the very wealthy. But not to help the middle class!"

• "They don't like the government to spend money on education and schools.": Democrats have run the education system in this country for 50 years. Teachers unions like the NEA and the AFT are inseparable from the Democrat Party. Where does Schmucky Schumer draw the line? Are there any limits to how much we spend to fund the education bureaucracy? 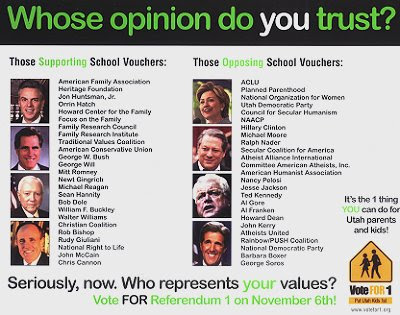 The Democrats have fought competition in the schools since the idea was first proposed... be it school vouchers, charter schools, educational choice programs, you name it.

For decades under Democrat rule, we've been funding an educational monopoly that fails to do what it's supposed to do! It's irresponsible to continue to spend good money after bad, throwing money at the problem.

• "They don't like the federal government to spend money on helping people with their health care.": Didn't we just pass the revamped SCHIP program last week? It transfers money from taxpayers who make $40K a year to those who make $100K and have private insurance! That's right, it incents those with private health insurance to go on the government dole!

Let me explain something to you, Schmucky: it is nobody's responsibility to be subsidizing people's health care when they can afford their own health care!

The federal government already runs one third of all health care in this country already! So what does he mean we're against helping our fellow man? We're going broke helping out everyone from illegal aliens to people who don't work and don't save! Medicare is tens of billions in the hole!

So why is it that they want health care to stretch to cover everybody? Government-run, top-down health care... we already pay for Medicaid and Medicare, billions upon billions! We already open our hospitals to illegal immigrants... but it's never enough for Schmucky Schumer and the Democrats!

• "They don't like the government to spend money on transportation... helping rebuild our roads and bridges.": Did liberals not steal all of the money from the Transportation Trust Fund? The way they stole the Social Security funds? Isn't what liberals like Schmucky do? Spend us into bankruptcy? With interest and with this president, we will have spent by Congress almost 6 trillion dollars this week!

How much more of our livelihood do we have to surrender to bureaucrats like Chuck Schumer to "make things right"? 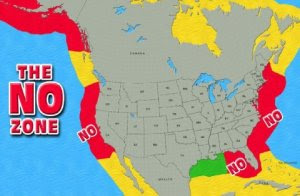 Schumer has a law degree and he wants to run the world!

The Marxist drivel spewing out of his poisonous mouth is despicable.

Where does Schmucky Schumer draw the line? Are there any limits to how much we spend?

Actually, don't answer that. It's rhetorical. There are no limits for the likes of Schmucky Schumer.

Just give up your liberty, folks! Schmucky Schumer knows how to run everything!