What the Stimulus Bill means to me 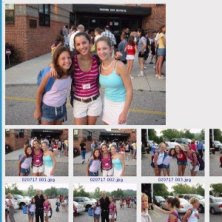 Nearly $2 a day in reduced taxes: part of President Obama's promise to cut taxes for 95% of Americans.

A $1 trillion government expansion, which doubles the size of the federal government's discretionary budget.

Billions for condoms, ACORN and sex education and zillions of other earmarks (like Nancy Pelosi's backyard boondoggle).

A reversal of welfare reform, which succeeded in reducing the percentage of kids raised in single-parent households and, in turn, violent crime.

Socialized medicine: government control of more than 50% of the health care system. According to the CBO, the stimulus will draw an additional $8.2 million Americans into government-run health care. 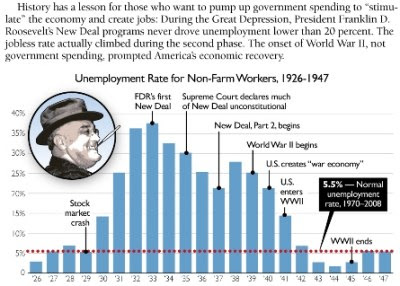 A bailout of irresponsible state governments, like California. With all of its brutal regulations, its open-borders policies, safe-harbor cities, gun control, high crime, out-of-control taxes, green initiatives and government bureaucracies, shouldn't California be a liberal utopia?

Smoot-Hawley II and a global trade war, acts reminiscent of the Great Depression. The stimulus includes expansions of "Buy American" provisions that discriminate against foreign goods and services.

Up to 300,000 jobs for illegal immigrants; the Senate version of the bill removes the requirement for electronic verification of immigration status, despite the fact that 15% or more of construction jobs are filled by illegal aliens.

* * *
The Democratic trillion-dollar spending bill provides $1.10 per day in tax relief to working families while saddling each family with $6,500 in added debt.

Based upon: Boehner Blog.