Four hours ago, the The Boston Globe's headline on its story covering the Obama "Fiscal Responsibility Summit" was:

Obama urges spending curbs, hands out $15 billion
After the laughter reached the office windows of the Globe, some enterprising editor changed the headline to avoid the painful itch of embarrassment. 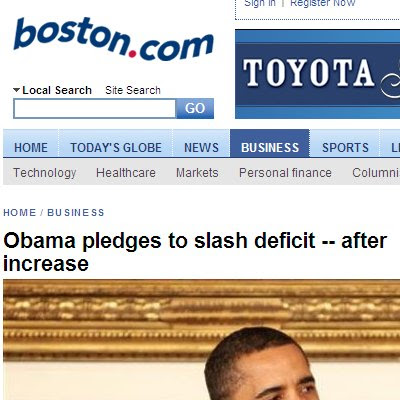