Oops. Half a million KM² of ice missing due to "sensor drift"


Marc points us to this hilarious report: 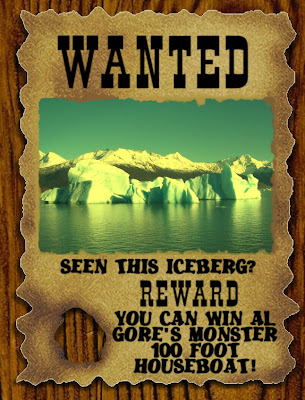 "The National Snow and Ice Data Center (NSIDC) has been at the forefront of predicting doom in the arctic as ice melts due to global warming. In May, 2008 they went so far as to predict that the North Pole would be ice-free during the 2008 'melt season,' leading to a lively Slashdot discussion.

Today, however, they say that they have been the victims of 'sensor drift' that led to an underestimation of Arctic ice extent by as much as 500,000 square kilometers. The problem was discovered after they received emails from puzzled readers, asking why obviously sea-ice-covered regions were showing up as ice free open ocean.

It turns out that the NSIDC relys on an older, less-reliable method of tracking sea ice extent called SSM/I that does not agree with a newer method called AMSR-E. So why doesn't NSIDC use the newer AMSR-E data? 'We do not use AMSR-E data in our analysis because it is not consistent with our historical data.'

Turns out that the AMSR-E data only goes back to 2002, which is probably not long enough for the NSIDC to make sweeping conclusions about melting.

Repeated calls to Al Gore and his elite squad of global warming grifters were not returned. Perhaps they're on Gore's monster houseboat searching for missing icebergs.