The unprecedented theft of thousands of likely privileged Trump transition emails by Special Counsel Robert S. Mueller’s investigators is yet more proof that the open-ended fishing expedition is continuing to move forward with its effort to reverse the results of the 2016 election.

News of the misappropriation of the email tranches comes weeks after Rep. Matt Gaetz (R-Fla.) urged that Mueller quit or be fired, saying the independent prosecutor has “indisputable” conflicts of interest.

“We are at risk of a coup d’état in this country if we allow an unaccountable person with no oversight to undermine the duly-elected president of the United States,” Gaetz said, echoing earlier remarks by writer Michael Walsh who asserts the Left is engaged in a “rolling coup attempt” against President Trump.

Monday on “Tucker Carlson Tonight,” author Mark Steyn said, “I see no reason at all why a guy who is supposed to be investigating Russian interference in an election that took place on November the 8th should be able to seize, effectively, an incoming government’s entire confidential communications between each other in the period after the election took place. That seems to be entirely unwarranted by Mueller.”

Trump himself was more restrained in his rhetoric.

He said “a lot of lawyers thought that was pretty sad,” in reference to the purloining of the transition records by Mueller’s office. “Not looking good. It’s not looking good,” Trump said.

“It’s quite sad to see that,” Trump said. “My people were very upset.”

“I can’t imagine there’s anything on them, because as we said there’s no collusion,” he added. “There was no collusion whatsoever.” 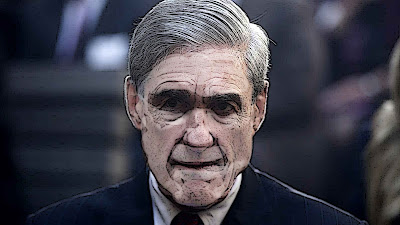 Until somebody delivers a coup de grâce to this disgraceful coup attempt, the push could last the entirety of Donald Trump’s presidency. The end of the investigation is nowhere in sight. Although White House lawyers had said Mueller’s probe would conclude by year’s end, members of the independent prosecutor’s team reportedly said recently that the investigation will spill over into 2018 – at least.

Commissioned to investigate the Left’s ridiculous Trump-Russia electoral collusion conspiracy theory, Mueller, with his scorched-earth, shock-and-awe tactics, remains the Left’s best hope to drive the 45th president of the United States from the White House. Democrats still refuse to accept that the irretrievably corrupt Democrat Hillary Clinton was flattened by Republican Trump in the election 13 months ago. Working with the Deep State, former President Obama launched his own insurrection against the Trump administration even before it came into being.

Although there is still no evidence of wrongdoing by Trump or of an underlying crime, Obama loyalists like former attorney general, Eric Holder, are threatening to lead potentially violent large-scale protests if President Trump fires the out-of-control special counsel. This is not, as the leftist chant goes, what democracy looks like. These people are in effect screaming at their own straw man after Democrats spent the last few days whipping up hysteria that Trump was on the verge of firing Mueller, something he steadfastly insists he has no intention of doing – even though he has every reason and every right to give the swamp-dweller the boot.

The president’s lawyers reportedly realized Mueller had obtained transition team emails from the General Services Administration (GSA), which hosted the 73-day-long transition's "ptt.gov" emails, when prosecutors started using them as the basis for questions posed to witnesses. According to Axios, “the fight” between Mueller’s office and the White House “involves emails from the accounts of 12 officials, including members of the political leadership and foreign-policy team. One of the accounts alone includes 7,000 emails.”

The GSA, among other things, helps to facilitate the peaceful transfer of power from one administration to the next. The Presidential Transition Acts of 1963 and 2015 “authorize the Administrator of GSA to provide the President-elect and the Vice-President-elect the services and facilities needed to assume their official duties.”

“When Mueller’s people found out that the transition records were not yet deleted,” left-wing public interest law professor Jonathan Turley writes, “they demanded their surrender despite the fact that Trump officials claimed that the material held privileged information that belonged to the transition team and is subject to protection from discovery.”

Trump transition lawyers say Richard Beckler, at the time GSA general counsel, agreed that the transition records were the property of the transition and that his agency had no right to access or control the records. They also say Beckler assured them that any demands for records from Mueller’s people would be forwarded to transition lawyers. GSA now denies Beckler made any such declaration. He was hospitalized in August and has since died. Trump’s attorneys claim that Mueller’s investigators took advantage of Beckler’s illness and seized the emails while he was in the hospital. Mueller’s people say they followed the rules.

But Turley does not seem convinced the GSA had the authority to hand over the records to a third party and warns that it may be impossible to prosecute any crimes that may be discovered because the evidence would be tainted.

“The move was legally unprecedented and strategically reckless,” Turley writes. “In a gratuitous muscle play, Mueller may have added a potential complication to the use of evidence that could contaminate much of his investigation in any later trial.”

All Mueller needed to do was follow the proper protocol and request access to the transition emails through channels and he would likely have gotten much of what he wanted.

“But that is not the Mueller way,” writes former federal prosecutor Andrew C. McCarthy, “as we saw with the utterly unnecessary pre-dawn raid on the home of [former Trump campaign manager] Paul Manafort — busting in with a search warrant and guns drawn, at the very time Manafort was cooperating with congressional committees, and when he was represented by well-respected lawyers through whom Mueller could have requested production of whatever materials he was seeking.”

The main issue here is not whether Mueller had the legal power to request that GSA, the third-party custodian, voluntarily turn over all the PTT records to the special-counsel investigation. It is also not whether GSA had the authority to comply with the request. The real question is why did Mueller choose to proceed in this sneaky manner?

This sneakiness was wholly unnecessary.

By following the correct procedures, McCarthy notes, in the end “Mueller would have gotten whatever files he was entitled to review, and Trump’s counsel would have been permitted to withhold anything that was truly privileged.”

Mueller thinks he is above the law. And so far no one has held him accountable.

When is anyone going to be held accountable...?