THE CRIMINAL CONSPIRACY OF THE CENTURY: "Makes Watergate look like a third-rate burglary"

As Fox News has reported, Deputy FBI Director Andrew McCabe has rescheduled his testimony before the House Intelligence Committee with the Justice Department telling the network that it was due to a “routine scheduling error.” More likely it is due to the need for everyone to get their stories straight as the details of the fix that was in for Hillary Clinton are being, er… unmasked and the details of the deep state coup against President Trump bubble to the surface from the depths of the swamp:

…Fox News was told by those familiar with the matter that the intelligence committee is suspicious of the purported scheduling error. One source said they believe the schedule issue arose after Fox News' report Monday night on Department of Justice official Bruce Ohr.

Ohr was recently demoted from one of his two senior posts. Fox News reported that Ohr’s wife, Nellie Ohr, worked through last fall for Fusion GPS, which was behind the anti-Trump dossier…

“McCabe has an Ohr problem,” one congressional source said.

McCabe has many problems and is at the heart of the criminal conspiracy to protect Hillary and unseat President Trump. The “Ohr problem” relates to Bruce Ohr and his wife Nellie and their connections to Fusion GPS, the firm paid indirectly by the Clinton campaign and the DNC to work with former British spy Christopher Steele and Russian sources to put together a fake dossier likely used by the FBI to fraudulently obtain FISA surveillance warrants on Team Trump: 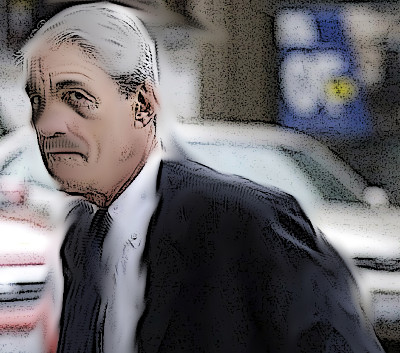 Fox reported on Monday that Nellie Ohr worked last year for Fusion GPS, which commissioned the dossier. The company investigated Donald Trump on behalf of the Clinton campaign and DNC.

Bruce Ohr, a high-ranking Justice Department official, also has connections to both Fusion GPS and Christopher Steele, the former British spy hired by Fusion to conduct the investigation of Trump.

Ohr met prior to the election with Steele. He met several weeks after Trump’s victory with Simpson. It remains unclear what Ohr discussed during those meetings.

Another McCabe problem relates to FBI lead investigator in the Clinton probe, Agent Peter Strzok, whose text messages to his FBI mistress, Lisa Page, lend both intent and motive to the Clinton cover-up and the animus toward President Trump. A letter from Homeland Security Committee chairman Sen. Rob Johnson, R-Wis., shows McCabe’s role in the altering and drafting of the James Comey memo exonerating Hillary Clinton:

The letter reveals specific edits made by senior FBI agents when Deputy Director Andrew McCabe exchanged drafts of Comey's statement with senior FBI officials, including Peter Strzok, Strzok's direct supervisor, E.W. "Bill" Priestap, Jonathan Moffa, and an unnamed employee from the Office of General Counsel (identified by Newsweek as DOJ Deputy General Counsel Trisha Anderson) -- in what was a coordinated conspiracy among top FBI brass to decriminalize Clinton's conduct by changing legal terms and phrases, omitting key information, and minimizing the role of the Intelligence Community in the email investigation. Doing so virtually assured that then-candidate Hillary Clinton would not be prosecuted.

McCabe was the ringleader of the damage control team trying to fudge the evidence of Hillary’s crimes and soften the tone of Comey’s exoneration memo so there would be fewer questions when the fix was revealed. McCabe was also aware of Strzok’s fears of a Trump victory and determination to undermine it:

If McCabe had any honor, he would have dismissed Strzok instantly and revealed the corruption his words exhibited. But McCabe was part of the corrupt criminal enterprise.

McCabe was in a key position overseeing the investigation of Hillary Clinton’s scandalous and treasonous handling of classified emails on her private server, a position from which he could assist FBI Director James Comey in putting the fix in. As Judicial Watch notes:

Judicial Watch today released Justice Department records showing that FBI Deputy Director Andrew McCabe did not recuse himself from the investigation into former Secretary of State Hillary Clinton’s unsecure, non-government email server until Tuesday, November 1, 2016, one week prior to the presidential election. The Clinton email probe was codenamed “Midyear Exam.”

While at [Washington Field Office] did Mr. McCabe provide assistance to the Clinton investigation?

After the referral was made, FBI Headquarters asked the Washington Field Office for personnel to conduct a special investigation. McCabe was serving as [Assistant Director] and provided personnel resources. However, he was not told what the investigation was about. In February 2016 McCabe became Deputy Director and began overseeing the Clinton investigation.

The Overview also shows if asked whether McCabe played any role in his wife’s campaign, the scripted response was: “No. Then-[Assistant Director] McCabe played no role, attended no events and did not participate in fundraising or support of any kind.”

Of course, that statement was a lie. McCabe is a Democratic loyalist whose wife campaigned for state office in Virginia as a Democrat with heavy Democratic financial support. In fact, McCabe’s efforts on behalf of his wife are now the subject of multiple federal probes:

The allegations being reviewed range from sexual discrimination to improper political activity, the documents show…

Circa reported Monday that former supervisory special agent Robyn Gritz, a decorated counterterrorism agent, has filed a sexual discrimination and retaliation complaint that names McCabe and other top FBI officials…

Gritz also filed a complaint against McCabe with the main federal whistleblower agency in April, alleging social media photos she found show he campaigned for his wife’s Virginia state senate race in violation of the Hatch Act…

McCabe is probably not a happy camper right now and certainly has no love lost for Michael Flynn, who was a potential witness on behalf of one of McCabe’s accusers. As PJ Media reports:

In 2014, Flynn, then director of the Defense Intelligence Agency, personally intervened on behalf of Supervisory Special Agent Robyn Gritz by writing a letter vouching for her on his official Pentagon stationary and offering to testify on her behalf. He also supported her case in a radio interview in 2015…

McCabe did not disclose Democratic contributions to his wife’s campaign in Virginia in financial disclosure forms, donations that raise questions about both his integrity and objectivity. As Fox News Politics reports:

Connect those dots, Democrats and others looking for Russians hiding under Republican beds. We have a Deputy FBI Director, Andrew McCabe, campaigning for his wife, who receives huge sums of money from the Democratic Party of Clinton political ally Terry McAuliffe. After Clinton blames Russia for her election loss, Flynn becomes a target of an FBI probe in which his identity is illegally unmasked. He was a character witness on behalf of one of McCabe’s accusers. Was Mrs. McCabe’s largesse a quid for a future quo? Was Flynn’s unmasking McCabe’s revenge?

An unindicted coconspirator in the pro-Hillary and anti-Trump conspiracy is Special Counsel Robert Mueller, leading a team of Clinton lawyers and donors, running an investigation which began with no crime and has found no proof of any collusion between Team Trump and Russia. So desperate has he become that he has cast any remaining ethics aside and should be removed. As Fox News’ Greg Jarrett writes:

Special Counsel Robert Mueller is accused of acting in complete disregard for the law and must be removed.  And so, too, must his entire team.

There is devastating new evidence to suggest that Mueller and his staff of lawyers improperly, if not illegally, obtained tens of thousands of private documents belonging to President-elect Trump's Presidential Transition Team (PTT). The material includes emails, laptops and cell phones used by 13 PTT members.

Critically, a "significant volume of privileged material" was taken by Mueller, according to the Trump transition lawyer, and then used by the special counsel team in its investigation. Mueller's staff apparently admits this egregious violation, which the law strictly forbids.

Under the law, the only remedy is Mueller's dismissal from the case…

The Presidential Transition Act states that all records of transition operations are private and confidential.

On November 16, 2016, roughly ten days after Trump was elected president, the Chief Records Officer of the U.S. Government sent a letter to all federal agencies reminding them that "the materials that PTT members create or receive are not Federal or Presidential records, but are considered private materials."

Yet Mueller seems to have ignored the law. Without a warrant or subpoena, his team of lawyers brazenly demanded these private records from the General Services Administration (GSA) which held custody of the materials.  The GSA does this as a service to all incoming presidents out of courtesy, but it neither owns the documents nor is authorized to release them to anyone under any circumstances because they are deemed entirely private.

Robert Mueller, like Andrew McCabe and the rest of the anti-Trump criminal conspirators, consider themselves above the law and on a divine mission to unseat Trump.  Mueller’s conflicts of interest, starting with his relationship with James Comey, are well documented. His role, along with Deputy Attorney General Rod Rosenstein, in covering up the FBI’s early investigation into Russia’s nuclear bribery in the Uranium One case are also a matter of public record.

McCabe and Mr. Mueller are the leaders in the criminal conspiracy of the century, a silent coup against a sitting president that does indeed make Watergate look like a third-rate burglary.

If the Watergate break-in had happened under a sitting democrat president, we would never had heard about it, and woodward and bernstein wouldn't even be footnotes in history.