SOCIALISM IS PERFECT: Its failures can only result from crimes by dastardly saboteurs.

It was long past time for a woman to be president and former First Lady, U.S. Senator and Secretary of State Hillary Clinton was the best candidate. Opponent Donald Trump, on the other hand, was sexist, racist, and Islamophobic. Therefore, the only way progressive Hillary could have lost was if Trump colluded with Vladimir Putin to steal the 2016 election.

That remains the narrative of Democrats, more than a year after Robert Mueller’s biased probe has failed to find any evidence. As it happens, there is an historical parallel to such fathomless credulity, and it also pertains to Russia.

After the murder of the Leningrad Party Secretary Sergei Kirov in 1934, Stalin launched a series of public trials in 1936-37 to condemn those he branded enemies of the people. These enemies turned out to be old Leninist comrades such as Rykov, Pyatakov, Radek, Sokolnikov, Rykov and Bukharin.

Prosecutor Andrei Vyshinsky called the accused “mad dogs” and charged them with sabotaging the five-year plans, putting nails and glass in butter, wrecking trains and so forth. Stalin’s secret police tortured the accused and threatened their families. That prompted Nikolai Bukharin to confess:

The others confessed to collusion with the Japanese and German intelligence services, to conspiracies against Stalin, and dealings with Trotsky. He had fled but fell to a Stalinist assassin in 1940. Only one person, Nikolai Krestinsky, refused to confess. All told, Stalin’s henchmen hauled 54 people into court and without any significant evidence sentenced 47 to death. 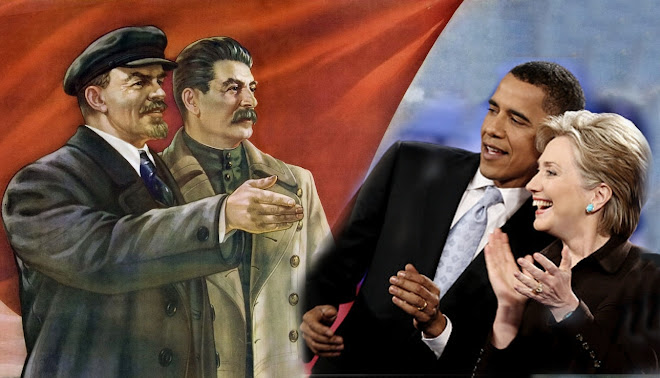 As Sidney Hook recalled in Out of Step: An Unquiet Life in the 20th Century, the Moscow trials and the purges that followed “were a turning point in the history of American liberalism.” This all took place in an atmosphere, “surcharged with tension, hatred and fear.”

John Dewey set up a Commission of Inquiry on the Moscow trials, but as Hook notes, liberals such as Max Lerner, Bruce Bliven, George Soule and others rejected the Commission’s findings. The New Republic backed the bogus verdicts of the trials, citing the reports of Walter Duranty, the New York Times Moscow correspondent who covered up Stalin’s forced famine in Ukraine in 1932-33, and according to insiders was more useful to Stalin than the entire American Communist Party.

For socialist philosopher Corliss Lamont, “the Soviet regime and its achievements are indivisible; and we cannot believe that its system of justice is completely out of step with its splendid accomplishments in practically all other fields.” This reflects the leftist view that, since scientific socialism is perfect, any failure can only result from wreckage inflicted by dastardly saboteurs. Consider also Joseph Davies, president FDR’s ambassador to the USSR from 1936 to 1938.

“Without the slightest new evidence, and in the teeth of the argument, analysis, and evidence of the Dewey Commission of Inquiry,” Hook writes, “Davies contended that the defendants of the Moscow Trials were all fifth columnists, guilty as charged.” And the story of this “political illiterate” was the basis for the 1943 film Mission to Moscow, Stalinist hagiography that anti-communist liberals dubbed “Submission to Moscow.”

Hillary Clinton may not wind up playing herself in the film version of What Happened but she has been working three shifts claiming the Trump-Putin team must have stolen the election. The Democrats’ Duranty squads in the establishment media collude with Clinton cronies to recycle the narrative.

Democrat politicians believe the narrative, despite a similar dearth of evidence. They smear any doubters as racist, sexist, homophobic, and Islamophobic, just as candidate Clinton profiled Trump voters. And they charge that Trump might be guilty of treason, as Stalin charged Trotsky, Bukharin and the others.

As Michael Corleone might put it, where does it say the progressive candidate can’t lose? We are talking about a corrupt candidate, a dishonest candidate who got mixed up in the rackets and got what was coming to her. That’s a terrific story, but the losers don’t like it, even though Clinton should not even have been a candidate.

The FBI and Justice Department “threw the case” against her, as Joseph Di Genova, former U.S. Attorney for the District of Columbia, recently told Tucker Carlson of Fox News. Worse, “they conspired to frame the incoming president of the United States, and it’s a frightening and disgusting prospect that FBI officials, senior FBI officials, would do this.”

In similar style, Stalin framed the “enemies of the people” and high-profile American liberals believed Stalin and vilified the condemned innocents and their defenders. In the same atmosphere of tension, hatred and fear, leftist Democrats believe the Russia collusion fable with the certainty of Joseph Davies on the Moscow trials. This too is a turning point in American history.

The left marches backward in lockstep, chanting slogans and lies. To adapt a saying of Karl Marx, farce repeats itself as farce.

It just keeps dragging on...

To paraphrase a leader who was so gifted in oratory he gave a iPod of his speeches to the Queen: "There are those who deny progress and don't want us to move forward. We must not let those who would divide us prevail. That's not who we are."

(I can't believe I typed that without laughing out loud.)

Unfortunately socialism turns everyone into a dastardly saboteur.