THE REAL RUSSIA SCANDAL: How Hillary’s Bogus Dossier Made it to the DOJ and FBI

We know how the Steele dossier, funded by Hillary, provided by the Russians and arranged by Fusion GPS and their British contact, made it into the FBI. The intriguing question though had been how it made to the DOJ. Because Obama Inc. didn't just want the investigation they have now. They were also looking to eavesdrop and unmask Trump associates. They wanted this to look like a legitimate investigation.

And that meant the dossier had to be seeded across law enforcement.

Now we have a partial answer. 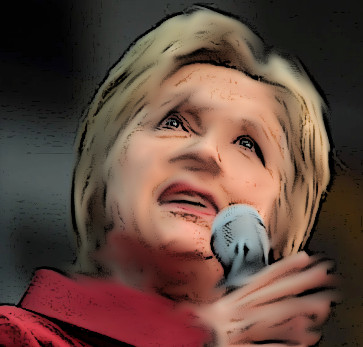 Unbeknownst to investigators until recently, Ohr knew Steele and had repeated contacts with Steele when Steele was working on the dossier. Ohr also met after the election with Glenn Simpson, head of Fusion GPS, the opposition research company that was paid by the Clinton campaign to compile the dossier.

Word that Ohr met with Steele and Simpson, first reported by Fox News' James Rosen and Jake Gibson, was news to some current officials in the Justice Department. Shortly after learning it, they demoted Ohr, taking away his associate deputy attorney general title and moving him full time to another position running the department's organized crime drug enforcement task forces.

So Steele had a high level contact in the DOJ. Extremely high level. And Steele reportedly introduced Ohr to Simpson of Fusion GPS. That would be a company that had been doing work for Russia. And looked very much like it had entrapped Trump Jr. into the infamous Russian meeting.

So we've got high level officials in the FBI and DOJ, Strzok and Ohr, colluding with a Hillary front to conduct an investigation of their political opponent.

As I've been saying for a while, this is much worse than Watergate. And it needs to be completely taken apart.


The Department of Justice Blueprint for Fake Investigations
http://illinoispaytoplay.com/2017/12/09/the-department-of-justice-blueprint-for-fake-investigations/

and they even end with a "Merry Christmas"!