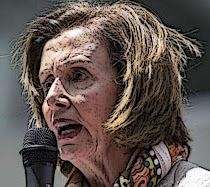 Although millions of American families will receive a substantial tax cut under the Republican tax reform legislation, many politicians and pundits on the left insist the new law will enable the rich live high off the hog and kill off much of the rest of the country.

Yes, a lot of wealthy Americans and companies with billion-dollar bottom lines will receive considerable tax breaks under the new law. But as a number of recent reports have stated, when companies and their executives thrive, so do middle-class workers.

Sounds like a win-win, right? Wrong! Democrats in Congress and liberal pundits are now publicly opposing what will benefit millions of Americans just to try to save their own political hind ends in 2018.

Here’s a roundup of the most hysterical — and ridiculous — liberal reactions to the GOP tax bill:

Speaking on the floor of the House of Representatives in Washington, D.C., the California lawmaker recalled speaking with the mother of a boy with cerebral palsy.

“His mother spoke of how their family watches the Muppet version of A Christmas Carol, and how Simon sees himself in Tiny Tim, another kind boy with braces on his legs,” Pelosi said.

“Like Tiny Tim, Simon and his family may find their future in danger because of the greed of those with power, the cruelty that is in the heart of the tax scam. Unfortunately, this story as of today does not have the same kind of happy ending as ‘A Christmas Carol,’ but this story is not over.”

2) Joy Reid said companies giving bonuses and pay raises to employees are doing it “for PR.”

Reid, who is no stranger to making outlandish and outright ridiculous claims, tried to set the record straight on Twitter shortly after the bill passed.

“This is corporate America trying to convince you that their naked greed is charity; that their gluttony is kindness, and that they didn’t demand this $1.5 trillion wealth transfer that you, sick kids and seniors, are footing the bill for,” Reid wrote in one of the tweets.

Reid linked past criticisms of President Trump’s response to the Puerto Rico earthquake to the raises and bonuses workers received.

“These corporations are doing the equivalent of tossing paper towels at Hurricane Maria victims. They’re [sic] tossing dollar bills at a selection of their workers for PR purposes and flinging a few pennies at charities while bathing in millions,” Reid added.

3) A “pastor in the resistance” compared the GOP to “serial killers” for its passage of the tax bill.

Christian pastor John Pavlovitz, whose Twitter biography says he is “a pastor in the resistance” and “committed to equality, diversity, and compassion” – all of which are “all under attack by this presidency” – took to Twitter after seeing Republican House Speaker Paul Ryan alongside Trump and other GOP leaders as the president signed the bill into law.

4. A Disney heiress said the GOP tax plan is like a “nightmare” from “Pirates of the Caribbean.”

Walt Disney Company heiress Abigail Disney, the great-niece of Walt Disney, railed against the GOP tax plan, saying it will make social mobility “far out of reach” for middle-class Americans but enable people like herself to stay “comfortable” where they are.

“I think it’s looking a lot like a nightmare from ‘Pirates of the Caribbean,” the Disney heiress said. Disney concluded by admitting she “hopes” people become “angry” after watching the video.

It's called "trickle down" and it was successful for Reagan, and actually, Bill Clinton was smart enough to not change it when these policies passed to him.
If the past is prologue we will see greater signs of recovery in '18, God willing.

Obama purposely stifled the economy in order to put everyone on welfare, a stealth-Socialism. In other words, he wasn't trying to lift people up and help the needy, he was trying to hold them down and make them needy, while putting Government First.

No wonder his minions are desperate.

For Democrats, the scariest thing about Trump's tax cut is that they know it will work.