Milton Friedman puts a boot in Phil Donahue's a$$


Click on any of the screencaps or here to watch the video. 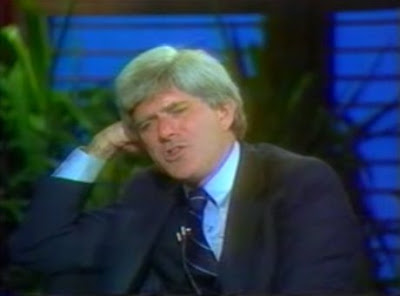 Donahue: "When you see around the globe the mal-distribution of wealth, the desperate plight of millions of people in undeveloped countries … when you see the greed and the concentration of power, did you ever have a moment of doubt about capitalism and whether greed is a good idea to run on?" 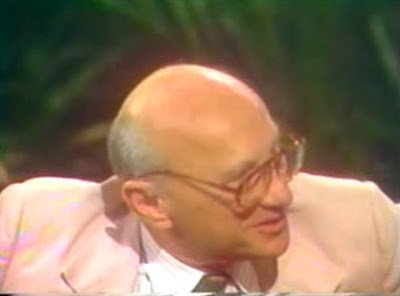 Friedman: "In the only cases in which the masses have escaped from the kind of grinding poverty you're talking about … they have had capitalism and largely free trade. … So that the record of history is absolutely crystal clear: that there is no alternative way so far discovered of improving the lot of the ordinary people that can hold a candle to the productive activities that are unleashed by a free enterprise system." 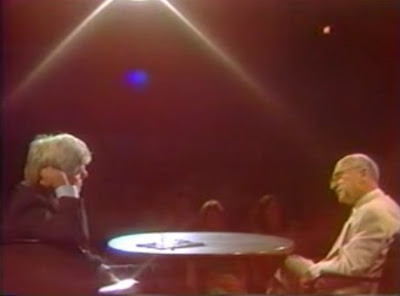 Later, when asked by Mr. Donahue whether capitalism rewards virtue, Friedman responds, "Tell me, is there some society you know that doesn't run on greed? What is greed? Of course, none of us are greedy; it's only the other fellow who's greedy. This — the world runs on individuals pursuing their separate interests. You know, I think you're taking a lot of things for granted... Is it really true that political self-interest is nobler somehow than economic self-interest? … Just tell me where in the world you're going to find these angels who are going to organize society for us? I don't even trust you to do that!"