Dammit, Jim, I'm a blogger, not a doctor -- but I've diagnosed CBS News with all the symptoms of Bipolar disorder. On the one hand, CBS scooped the entire media establishment with its aggressive and groundbreaking reportage of "Project Gunrunner". 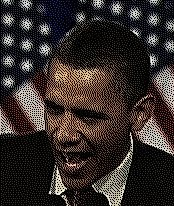 Starting in late 2009, ATF allegedly directed an undetermined number of Phoenix-area gun shop owners to go ahead with sales of thousands of assault rifles and other weapons to suspicious buyers...

... Insiders claim ATF knew the buyers were connected to Mexico’s drug cartels, but let the guns “walk” onto the street anyway in a misguided attempt to obtain intelligence... Investigators from Sen. Charles Grassley (R-Iowa) obtained the emails this week.

The ATF's stonewalling on Gunrunner has become so obvious that Rep. Darrell Issa today threatened to initiate contempt of Congress proceedings, which could result in fines and jail time for officials.

So while CBS has done yeoman's work on Gunrunner, it simultaneously appears to be censoring a recording of President Obama that could further damage his reelection hopes.

Last weekend, His Presidency Barack Obama was captured making potentially offensive comments to a group of big money donors who had paid large sums of money for special access to His Presidency. 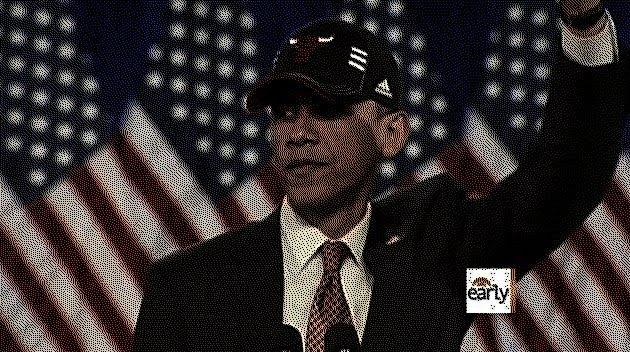 We observed that CBS only released “selectively edited” moments from the raw tape. We know how much the mainstream media values complete and full disclosure of recordings of this nature, so we found it curious, to say the least, that there was not one drop of intellectual curiosity from these guardians of media purity regarding the content of the full recording.

Maybe CBS’s motive has nothing to do with protecting His Presidency from potential embarrassment. Perhaps, like Nixon before them, CBS accidentally erased the portions of the recording that they have not released. Anything is possible, right?

Alas, no. John Romano, Publisher of the blog “Yes, But, However!” has confirmed with CBS’s Mark Knoller (via Twitter) that CBS has decided that they are not going to release the complete recording.

@yesbuthowever Why haven’t you released all of the audio of President Obama’s “donor meeting”? If you have please link?

@markknoller This is my third request. Why will you not release the full audio of Obama’s donor conversation?

@markknoller My editors decided against it.

People can speculate as to what their motive is, but we suspect that they do not want to jeopardize their White House access leading into campaign season by being the ones to release the audio of His Presidency referring to Americans as "slugs."

I tweeted Knoller to ask if he'd heard the entire tape and whether he could summarize the president's remarks.

My jaw will drop to the floor if I get a response.

Are we still waiting for the LA Times to release their video from way back when??????????

Amazing. CBS and others may see a complete failure in the USA, and their partisan devotion will never allow them to recognize the source - the Democratic Party.

One has to wonder, if the ATF was a Democratic Partisan scheme to try to turn the fiasco on the Southern Border into a "blame the USA" effort.

You know, they ignore the dangerous rise of crime around the Border, encourage illegal immigration to help with elections, want to change the USA, etc., and the mess has only grown out of control. So instead of doing the real job, they arrange to have US Gun Dealers do somethings they never have done, sell guns to illegals and criminals - then were planning on blaming it all on the USA. Of course, it only got more killed.

It sort of reminds one of the 'smart power' insanity in dealing with the Middle East. Now they are sending tax payer money to finance Jihadists in Libya?

Would not be surprised if the Obama Team sends a few Chevy Volts to Libya care of the Taxpayer. Hillary Clinton will probably try to send the Chevy Volts to Al Qaeda in another appeasement venture, and even they won't want them.