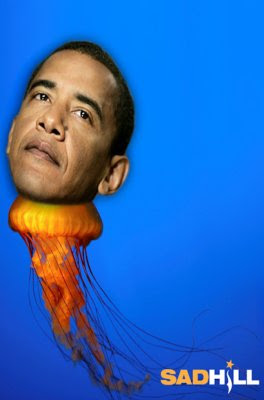 The 'Fairness' Meme: Kimball
The liberals' plan: Gut defense and tax, tax, tax: York
Pelosi: Elections Shouldn’t Matter as Much as They Do: Malkin

US Deficit Percent Now Largest of Any Developed Economy: GWP
The President and 'Taxing the Rich': AT
White House Spent $200M on Obamacare Propaganda: WZ

The Pledge: Maybe if Somebody Replaced ‘God’ with ‘Cowboy Poets’ Harry Reid Would Want to Say It: Powers
Liberals and Progressives: It's not too late to save yourselves.: BSF
Having Solved All The Country’s Problems, Obama to Give Oprah Farewell Interview: WZ

QOTD: "Critics might not like the idea that we will have to spend less on entitlements, but Obama has bought into the argument by cutting Medicare and empowering the Independent Payment Advisory Board to ”control costs,” which means to limit the amount spent on Medicare.

If critics want to insist that any cut in Medicare is unacceptable, they shouldn’t have cheered for Obamacare, and if they think we can keep spending as much as we have on Medicaid, they are living in a dream world. No wonder they were frantic at the notion that Obama might endorse the Simpson-Bowles plan. The commission, of course, recognized that both these programs and Social Security as well need to be curbed in order to be saved." --Jennifer Rubin

Here is another link, as we see the more reasoned, objective, sound, fair, etc., begin to respond to the overtly hostile reaction to Boehner and Company's efforts.

"I sense a tempest in a teapot brewing over the continuing resolution for 2011, specifically the notion of “real” versus “fake” cuts. I confess I’m mystified."

Long ago, after 2004, we watched a reactionary fashion pushed by some who were utterly mindless, and all the folly ended up producing as self destructive sophistry. It foolishly enabled the likes of Pelosi, Reid, Obama, etc. It wasn't sound conservatism, just like the insane claims of "Rovian Cabals" and pushes for disastrous Delaware debacles.

Frustrations are understandable, as we know we are dealing with imperfect humans as politicians. But the hyperbole is simply not healthy - it is utterly counter productive. Hopefully, the fashion will grow up a little.