Larwyn's Linx: Ryan: Obama 'a pyromaniac in a field of straw men' 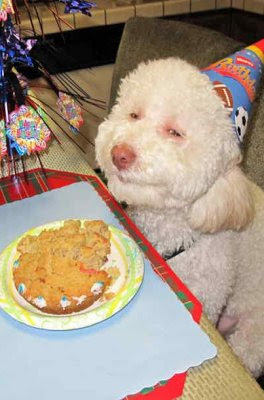 Ryan: Obama 'a pyromaniac in a field of straw men': Hot Air
Obama Is Temperamentally Unfit For Office: LegalIns
Drawing a Cartoon of His Critics: Wehner

Source: DOJ let off CAIR co-founders off for political reasons: PJM
Obama's Budget, Again: AT
Pence: 'We can't tax our way to a balanced budget': Cubachi

Make 70 the new 65: Malkin
'Spending reductions in the tax code'?: Tatler
Father of Muslim convert: Ellison a fool and a liar: WZ

5 Things That Will Happen To You When America Goes Bust: RWN
Apocalypse: Deal Only Cuts $352M In Actual Spending: Ace
Why the GOP should vote the budget deal down: RWN

CNN: Tax the Rich, But Then What, Mr. President?: Ace
Obama's Budget Speech In One Sentence, I Think: LegalIns
Detroit Free Press Staff Want To Show Obama Their O-Face: BlogProf

Goldstone Retracts — and the Arab World Reacts: PJM
Christians Begin Fleeing Egypt as Islamists Grow in Strength, “They’re Afraid of the Fanatics in the Mosques”: WZ
Is Proxy War About to Erupt in Bahrain?: PJM

Could Bing Overtake Google in 2012? [CHART]: Mashable
Does anyone in Silicon Valley care about Windows anymore?: Scobleizer
IBM says it knows how bad your commute will be: CNet

Power of Words: C&S
Which Airports Are Ripping You Off?: Ace
In Our Defense...: C&S

QOTD: "I thought it was a disgrace. I rarely heard a speech by a president so shallow, so hyper-partisan and so intellectually dishonest, outside the last couple of weeks of a presidential election where you are allowed to call your opponent anything short of a traitor. But, we’re a year-and-a-half away from Election Day and it was supposed to be a speech about policy. He didn’t even get to his own alternative until more than halfway through the speech. And when he did, he threw out numbers suspended in mid-air with nothing under them with all kinds of goals and guidelines and triggers that mean nothing. The speech was really about and entirely an attack on the [Rep. Paul] Ryan plan.” --Charles Krauthammer on Obama's Budget Speech

The choice is simple:

Cut spending and jumpstart the economy.

The Democrats would prefer to ruin the economy with higher taxes because it would yield them more power.

That would be great for them but disastrous for everyone else.

Why would anyone BUT the Democrats want this?

bush cut taxes for the rich.

what happened to the economy?

what happened to the jobs?

what happened to the middle class?

what happened to the rich?

the choice in only simple if you are simple minded and don't look at the facts.

Ever heard of Fannie Mae and Freddie Mac? Do you realize unemployment averaged 4.7 percent for the entire 8 years of GWB?

You can read the comic book version that explains the meltdown here.

I made it into a comic book so that even drones like you could understand.

Number of jobs required in 8 years to keep up with population entering market:

Just like his and you minds are a few bricks short of a full load.

Hey, someone left the irony on!

“the choice in only simple if you are simple minded and don't look at the facts.”
8:34 PM

Speaking of “simple minded” , shouldn’t that be:

the choice IS only simple if you are simple minded and don't look at the facts.


Simple is as simple does.