'They lost in the Supreme Court, they lost in Congress, they lost at the FEC, so now the president is just going to do it by edict' 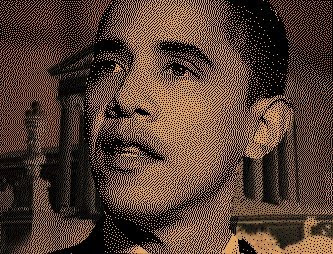 An "impeccable source" alerts former Department of Justice Attorney Hans von Spakovsky to an imminent presidential executive order that would implement portions of the "DISCLOSE Act".

You may recall the controversial bill that Democrats tried to ram through Congress last year. Its intent was to make it more difficult for private individuals to fund campaign commercials while simultaneously shielding unions from disclosure requirements. In other words, Democrats -- true to form -- intend to limit free speech unless it politically benefits them. Former FEC Chairman Brad Smith characterized the DISCLOSE Act as "Democrat Incumbents Seeking to Contain Losses by Outlawing Speech in Elections Now".

Having failed to limit private speech in the Supreme Court (the Citizens United decision), having failed to pass the DISCLOSE Act itself, and having failed to railroad the Federal Election Commission, the president and his sycophants are using other means to achieve their extra-constitutional ends.

An impeccable source has provided me with a copy of a draft Executive Order (PDF) that the White House is apparently circulating for comments from several government agencies. Titled “Disclosure of Political Spending By Government Contractors,” it appears to be an attempt by the Obama administration to implement — by executive fiat — portions of the DISCLOSE Act. 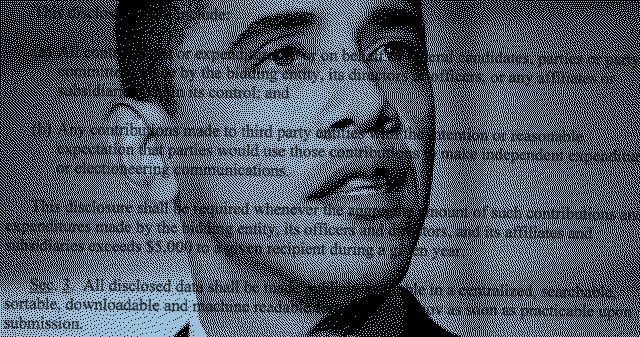 This was the bill introduced last year by Sen. Chuck Schumer and Rep. Chris Van Hollen to overturn the Supreme Court’s decision in Citizens United v. FEC. The bill had onerous requirements that were duplicative of existing law and burdensome to political speech. It never passed Congress because of principled opposition to its unfair, one-side requirements that benefited labor unions at the expense of corporations. Democratic commissioners at the Federal Election Commission then tried to implement portions of the bill in new regulations. Fortunately, those regulations were not adopted because of the united opposition of the Republican commissioners.

As my source says... " It really is amazing — they lost in the Supreme Court, they lost in Congress, they lost at the FEC, so now the president is just going to do it by edict."

The draft Executive Order says it is intended to “increase transparency and accountability,” an interesting claim given the fact that federal contractors are already completely barred by 2 U.S.C. § 441c from making [political contributions either directly or to third parties].

...The problem is that this will require companies to delve into the personal political activities of their officers and directors — and require them to report political contributions those employees have made, not out of corporate funds (which is illegal), but out of their personal funds.

And note that these disclosure requirements will only apply to companies that make bids on government contracts. Federal employee unions that negotiate contracts for their members worth many times the value of some government contracts are not affected by this order. Neither are the recipients of hundreds of millions of dollars of federal grants.

When it comes to the radical leftists controlling the Democrat Party, there really appears to be no limit to their disregard for the law.

The Democrats want 'transparency and accountability' requirements levied only upon their political enemies, presumably so that union thugs can harass private individuals. We saw them run this game-plan in Madison, where state officials were subjected to death threats and their homes picketed.

We are seeing the disintegration of the civil society occur right before our eyes.

The Republic will need a clean-up squad when this guy leaves. His time in office is akin to Foster Parents getting a demon possessed kid, I remember the one who burned his house down. It never ends well.

Well the companies will ignore his edict and FORCE the President and his bastard attorney Holder to take them to court, simple and quite a show!

Andrew Johnson was impeached for WAY less than this.

"...against all enemies, foreign and domestic..."

How much longer until that applies here? God help this country

He has no respect whatsoever for this country, its laws, and most importantly its election process.

I hope that documentary about the 2008 Democrat Primary continues to gain traction. It is a fairly convincing argument that Obama wasn't even the Democrat 2008 nominee. He quite possibly, literally stole the nomination through fraud that was rightfully Clinton's. I think woman who did it is named GiGi Gaston, a strong Clinton backer, and the title is something like 'we will not be silenced 2008'. The free preview is worth a watch.

This POS has gone completely off the rails and should be impeached for his malfeasance and criminal contempt for the law.

But actually, that's DNC policy anyway, and until he is sent packing in 2012, we have to live with a traitor in the Oval Office.