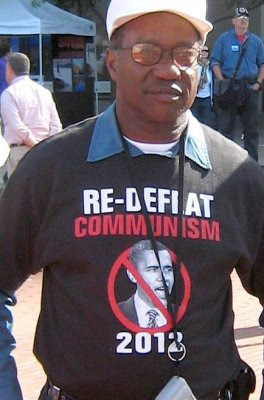 It's All Coming Apart: AT
Westboro Baptist Goes To Mississippi – And Loses: HayRide
If the Shoe Fits...: WZ

Obama's 'deficit reduction' claim off by a trillion(+): Hennessey
And Then What?: Ace
LGF: Taxpayers Taking A Bath On GM Is Great News!: RWN

Geithner Confident GOP Will Cave on Debt Ceiling: RWN
Sterilization to be covered under ObamaCare: Ameristroika
If the unions have lost Detroit, they've lost. Period.: AT

UN to Debate Human Rights for ‘Mother Earth’ (to get out of paying those parking tickets): Malkin
Will California’s Cap & Trade System Be The First One To Ever Work? Ehr, No Stupid! Of Course, Not!: RWN
Are biofuel policies to help Mother Earth killing her most vulnerable children instead?: WUWT

Patient Obama: Hanson
How to Nail Obama On His Lies: Ace
Time Magazine Declares Icemakers to Be a Threat to the Planet: RWN

Caution: Some Easter Spheres may be rotten: Cube
Video: Man spotted ironing his shirts on the M1: AutoBlog
Make Your Kid Rich With a Roth IRA: Forbes

Well, here is your Golden opportunity and it’s easy as pie.

Just copyright all the Sycophantic phrases you think the National Socialist Media will use in the upcoming election and they will have to pay you EVERY time they use them!

Here are some examples to start you off:


President Obama, Why are you so Awesome?

President Obama is it possible that you could become even more Awesome in your second term?

President Obama, are you proud of the fact that you are the smartest and coolest president in the nation’s history?

Mr. President, How does it feel to be that smartest person in the world?

President Obama, as the most Awesomely Awesome President, how does it feel to have to deal with the Republican extremists that can’t comprehend your intellectual awsomness?

Mr. President, do you ever get frustrated with dealing with people who are not as awesome as yourself?

Mr. President, how were you able to combine being cool Magnificently awesome?

Mr. President Awesome, do you ever feel sorry for your opponents for their being so un-awesome like?

Mr. President, is it true that ‘Barack’ is Kenya……… Hawaiian for Awesome?

Mr. President, since it’s a well know fact that Democrats are the smartest, most compassionate people in the known universe, are there any ways that your party could be wrong in any way on any issue?

Mr. President, your Exalted intelligence is known far and wide by everyone that knows anything, and those that don’t are stupid, is it possible your are the most Magnificent leader this nation has ever known.?

Mr. President your Impressive Magnificence outshines every other person in history, past or present, do you expect to become even more Majestic in your second term?

President Obama, you have been the best thing that has ever happened to this country, do you feel it’s necessary and a waste of money to even have another election?

Mr. President, every one of my co-workers in the press cannot understand why anyone would vote against you? (Besides the racists, that is)