Conor Friedersdorf can't see the Statists for the Forest

Writing at The Atlantic, journalist Conor Friedersdorf reviews Mark Levin's bestselling Liberty & Tyranny. I'll give him credit; at least Friedersdorf has dared to tread where virtually every mainstream media outlet has not: in a direct exchange of fire with a towering intellect.

Friedersdorf (or 'Dorf' as I like to call him, mainly because I get tired of typing his full name) argues that Levin's argument is flawed at its core. Dorf says that the "Statist" is a straw-man -- a mirage created out of whole cloth by Levin for the purpose of advancing his argument. By the way, I just saved you from having to read the entire review.

Dorf's assertion is that, "Hey, the Democrats can't be Statists, because most of the people who vote for them are independents or just left of center!" 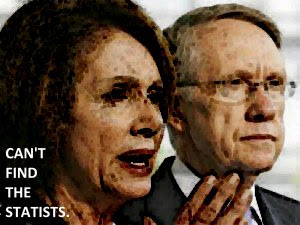 Amazing: Dorf can't see the Statists while Obama, Pelosi, Reid, Frank, Waters, Feinstein, Rangel and the like -- the most corrupt federal government since the Clinton era -- nationalize industry after industry.

Dorf can't find any Statists while the Democrat leadership positions themselves to take over the coal, gas and oil companies with Cap-and-Trade.

Dorf can't find any Statists while the Democrat leadership proposes to ram socialized medicine down the unwilling throats of the American people even though it has been exposed as a transparent payoff to the trial lawyers and the public sector unions.

Why did so many everyday Americans support Obama? Because the Democrat lies, incessantly and masterfully, throughout each of his campaigns.

But that's too difficult a concept for Dorf to understand. So there is no joy at The Atlantic, because pathetic Friedersdorf has struck out.


Update: Reader CJ emails, "I posted the following comment at Balloon Juice, the whack-a-doodle National Socialist Democrat site who couldn't squeeze out even a thimble's worth of intellectual honesty in reviewing (no, not Levin's book), the Friedersdorf review of the book. Now there's one thing I most respect about your site... everyone is allowed to comment! So check out my Balloon Juice comment that was so offensive, so radical, so outrageous, that the authors refused to even allow to appear." 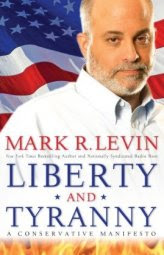 Mark Levin's book, should any of you actually bother to read it, describes the philosophers who influenced the founders of this country. Why?

Because starting with Cicero, Montescue (sp?), Burke, Locke, Smith and others, the framers (Madison, Jay and many others) carefully constructed a constitution that would balance the powers not only between the three branches but also between the states and the federal government.

It is easy to forget that the states created the federal government... not the other way around. And the founders had just revolted against (and defeated) an unchecked, authoritarian, unaccountable centralized government.

The framers' central task was simple: protect the God-given rights of the individual to life, liberty and the pursuit of happiness... from a government similar to the one they had warred against.

Consider what James Madison might say today, having observed the liberals' casual attempts to control virtually every aspect of our lives at the federal level: your health care; your toilet's water tank; your car; your home heating bill; your light bulbs; ...

The framers and today's conservatives are ideologically aligned.

The framers and today's liberals are ideologically opposed.

And it takes a great deal of hubris to discard Levin's argument without a whit of analysis. But that's what passes for intellectual honesty around these parts, I suppose.

Update: Stacy McCain says Friedersdork's attack on Levin isn't worth the seventeen minutes of my time: "It's as if a gnat [Friedersdork] were attempting to rape an elephant. Why bother defending the elephant against an assailant whose ill-considered attack the intended victim probably won't even notice?" Uhm, because it's there? Further update: Dan Riehl and Jimmie open a can of you-know-what on poor Conor, who won't be revisiting these parts anytime soon.