Bubba alerts us to a sweet ride that you can call your own. Best of all, any raffle tickets you purchase not only get you chances at a wicked bike... they also go to benefit fallen American heroes.

We built this bike last year for a Military Bike Build Off against 3 other builders, which it won. Next we took the bike to the 2008 World Championships and it placed 3rd in the production class. 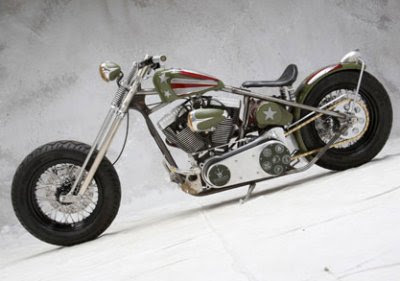 A customer of ours (who is a combat vet and would like to remain anonymous) purchased the bike for the sole reason that we raffle it to support the troops.

Our beneficiary is the Intrepid Fallen Heroes fund. They get 100 percent of the raffle ticket proceeds. 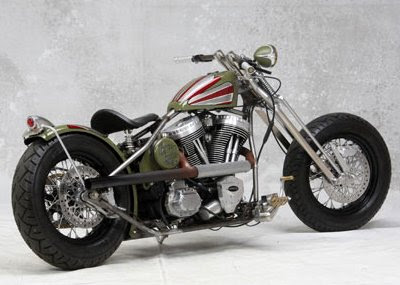 We have had several challenges and set-backs as we naively thought we would have an easy time working with the military (gov) to promote this endeavor. Thus, we are fast approaching the deadline of raffle in October and barely scratched the surface of our goal of $50,000 in ticket sales for the troops.

Throw a few bucks into the raffle. And, if you win, the opposite sex will take to your new bike like bees to honey. You can thank me later.