Yep, it's true. Barney's Frank is holding a town hall meeting tonight at the Dartmouth Council on Aging. And Lone Republican has some excellent questions that should be asked of the House Finance Chairman.

But odds are they won't be asked, given the tendency of Democrats to bus in paid SEIU and ACORN thugs, who then either shout (or beat) down taxpayers. 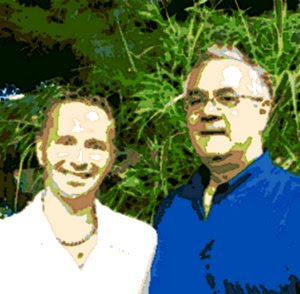 Here are some questions I would like to ask him:

1. If the insurance industry is so evil and to blame for our country’s health care system problems, then why have you taken $271,000 in campaign donations from them over the past 3 years? (He has received over $69,000 this year for insurance companies.)

2. Can you explain to me how 45 government agencies can better implement health care?

3. Do you take any responsibility in the collapse of Fannie Mae and Freddie Mac?

4. Over the years you have repeatedly received failing grades from Americans for Tax Reform and the National Taxpayer Union for opposing taxpayer rights, why should any citizen trust you that this health care is not going to bankrupt the nation?

5. Why is there no tort reform in the legislation?

6. Will you take a pledge that everything that is being removed from the health care bill now such as the so-called “death panels” will not be added back in during the conference committee negotiations?

7. Are you willing to give up your health care plan and join the public option?

8. Do you think it was right for Speaker Pelosi and Congressman Steny Hoyer to call protesters un-American?

9. Why do you oppose associated health plans which allow small businesses to band together to buy insurance across state borders? Is that why you received so many donations from the insurance companies?

10. Do you pay the higher or lower percentage in income taxes in Massachusetts?

Methinks we'd be lucky to get even one of these questions asked of this egregious punk, who was last spotted assuring passers-by that Fannie and Freddie were healthy institutions.

Rep. Barney Frank (D., Mass.): I worry, frankly, that there's a tension here. The more people, in my judgment, exaggerate a threat of safety and soundness, the more people conjure up the possibility of serious financial losses to the Treasury, which I do not see. I think we see entities that are fundamentally sound financially and withstand some of the disaster scenarios. . . .

For over seven years, Dodd, Frank, Waters and others -- who received hundreds of thousands in campaign donations from the GSEs -- blocked any and all attempts to strengthen regulation and crack down on accounting fraud.

A 1998 Washington Post column reported that Frank also had a serious conflict of interest, stating that "Frank, who is openly gay, had a relationship with Herb Moses, an executive for the now-government controlled Fannie Mae. The column revealed the two had split up at the time but also said Frank was referring to Moses as his “spouse.” Another Washington Post report said Frank called Moses his 'lover' and that the two were 'still friends' after the breakup."

Now, the taxpayers are on the hook while Dodd, Frank and Waters remain the brilliant overseers of the very debacle they helped orchestrate. How much will you and I have to pay?

Fannie Mae recently told us they need another $10.7 billion of taxpayer money, after already receiving about $34 billion . . . that fools like Carney Frank and Dudley Dodd told us would never be needed...

$2 Trillion Problem - Fannie and Freddie guarantee or own more than $2 trillion in mortgages, and that number is growing, as these two "stars" are the last resort in a housing market that is stumbling along like a drunken sailor on a short pier.

The Wall Street Journal calls this catastrophe "Enron, the Sequel".

If only it were that small of a problem.

My question for Frank: "Any thoughts about Seppuku?"


Update: Jammie has a couple of video clips from the meeting.

Related: • If you went to the Frank Town Hall and would like to report (either with attribution or without) on it, please email me.
• Media Mum on Frank's Fannie Mae Love Connection.