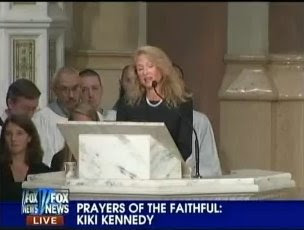 Karl Frisch is one of Media Matters' (i.e., George Soros') professional liars -- I'm pretty sure that the job title even appears on his business card. In his weekly wrapup, Frisch can't keep himself from spewing the most virulent of lies and -- true to form -- he gets mired in his own written excrement.

In "Storming Camelot: Sen. Kennedy's Death Brings Out Worst from the Right", Frisch observes that: 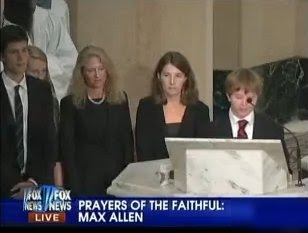 It took all of seventeen seconds to find Democrats not only lobbying for ObamaCare at Ted Kennedy's funeral...they were praying for it! AllahPundit asks:

I’ve been informed by liberal amateur theologians that it’s perfectly kosher to pray for universal health care — on TV, in the middle of a national debate, at a funeral service ostensibly devoted to grieving over someone, by exploiting an innocent child — because, um, Jesus would have supported it. I’m happy to discover that the left’s decades of righteous outrage at Christian conservatives for mixing religion with politics was, as so much else is, simple partisan posturing, but I’m unfamiliar with the sermon where Jesus called for Caesar to create a public fund to heal the sick. Can any Bible aficionados help?

Frisch's entire piece is something even Josef Goebbels might admire. His claim that the egregiously partisan Paul Wellstone memorial service wasn't, er, partisan is simply a "Big Lie" in capital letters.

The left-leaning Slate Magazine writer in attendance described the event as a political "pep rally":

Most of the event feels like a rally. The touching recollections are followed by sharply political speeches urging Wellstone's supporters to channel their grief into electoral victory. The crowd repeatedly stands, stomps, and whoops. The roars escalate each time Walter Mondale, the former vice president who will replace Wellstone on the ballot, appears on the giant screens suspended above the stage. "Fritz! Fritz!" the assembly chants.

...as the evening's speakers proceed, it becomes clear that to them, honoring Wellstone's legacy is all about winning the election. Repeating the words of Wellstone's son, the assembly shouts, "We will win! We will win!" Rick Kahn, a friend of Wellstone's, urges everyone to "set aside the partisan bickering," but in the next breath he challenges several Republican senators in attendance to "honor your friend" by helping to "win this election for Paul Wellstone." What can he be thinking?

Mr. Frisch: here's a word of advice: lay off the nachos and start exercising, because you're beginning to look like James Wolcott.

Another benefit of cutting that cheese from your diet: you could clear up that decade-long case of constipation you've been suffering from.

Which would actually benefit your listening and writing skills.