"Surviving Disaster" and how to audition for Hollywood

"Surviving Disaster" graphically illustrates worst-case scenarios -- making them highly realistic -- and educates the viewer on survival techniques: "The show asks us, 'what if, on the daily subway commute, a bio weapon is released? Or a fire is blazing in the 12th floor office and the only way out is blocked?'" 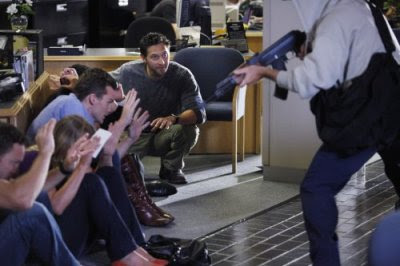 Courtley says that he demonstrates how one might survive "the 'worst day of your life' from a Home Invasion, Fire, Nuclear Attack, Avalanche, Bio-Chemical Attack, Lost at Sea, Hurricane, Earthquake and my favorite - Mall Attack." 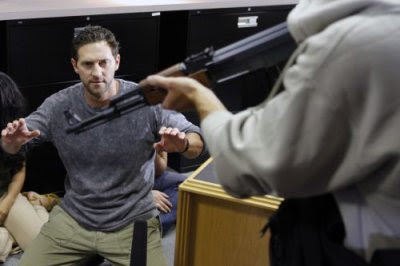 How was he selected for the show?

Back in 2002, I was part of Mark Burnett’s TV show called “Combat Missions.” On the set was a PA that, fast forward, would become a creative executive at Spike TV.

I was in Iraq as an "independent contractor" when I got an email from him asking me if I wanted to be in this new show called “Surviving Disaster.”

I told him I was a little busy, but he convinced me to send him a two minute tape introducing myself. So from a HUMVEE at full speed, I gave an intro and said "if you want me, make an offer, otherwise leave me alone."

Just then an IED coincidentally exploded somewhere in the distance. Needless to say, I got the gig.

at 9:45 AM
Email ThisBlogThis!Share to TwitterShare to FacebookShare to Pinterest
Labels: Protecting America