NBC Chicago reports that Obama, Axelrod, Emanuel and Jarrett left their hometown in such wonderful shape that riots are breaking out on a nightly basis. 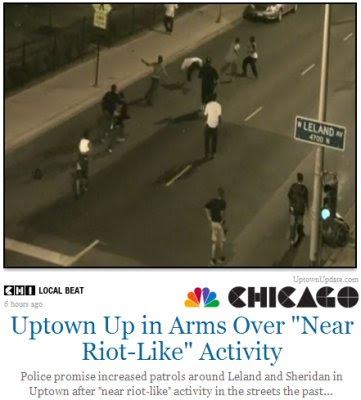 NBC calls them "near riots", but videos plainly demonstrate that if you were caught driving through this mess, you'd be hard-pressed to tell the difference between a riot and a "near-riot".

Increased police patrols are promised in the area around Leland and Sheridan in Chicago's Uptown neighborhood after "near riot-like" activity in the streets the past few nights. 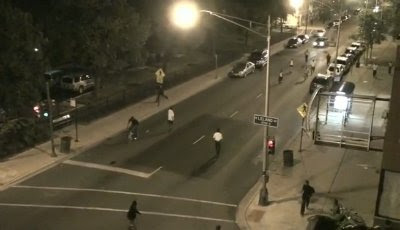 Video from the area appears to show about a dozen people running back and forth in the street, breaking bottles and yelling. One NBCChicago.com visitor wrote of "near riot-like gang fighting," and said that shots were fired Thursday night at about 10:30. 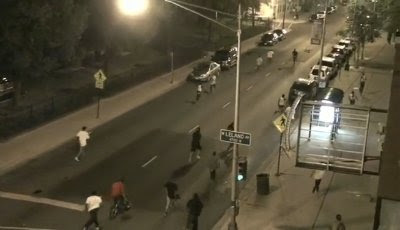 On the Web site UptownUpdate.com, commenters express fear and anger over the activity. 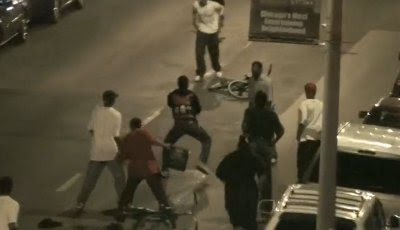 "This is by no means an isolated incident," reads a comment by Michael. "This same exact scene played out multiple times this Spring as well." 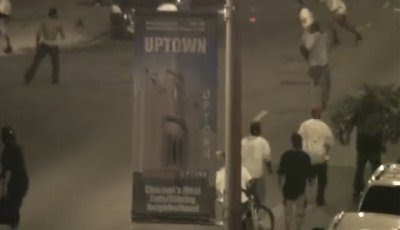 "We have had 3 nights in a row of this and never in my 10 years of living here have I seen it so bad," wrote another resident. 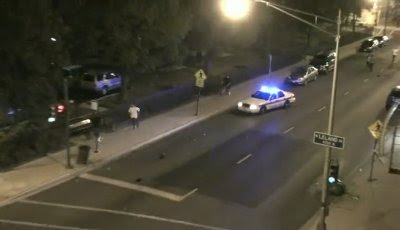 "I'm scared to walk my dog after 7:30PM in this neighborhood! Sad!," wrote "KenmoreResident." 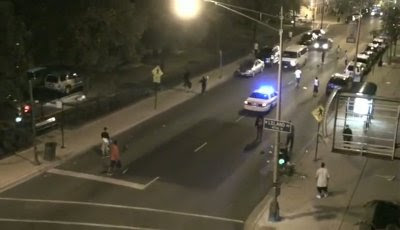 ...In the video, purportedly shot Wednesday night, a squad car passes through and tells the crowd to disperse. Later, several marked cars appear. Police later confirmed that one person was arrested. One officer suffered minor injuries.

Residents say its taken repeated complaints to get any action from the city. 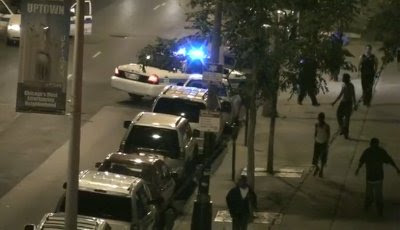 Police confirmed that the activity is "probably gang-related," and said the video is being reviewed by tactical teams and watch commanders in the district.

Other comments at Uptown Update are reflective of the horrid situation.

I am SO glad that I am moving out of this neighborhood at the end of the month after 4 years of this bulls***. The past 2 years have been really scary - gunshots at night, my now ex-boyfriend's back car window getting shot out when he was parked a few blocks away from me. Enough is enough.

I live at Clarendon and Montrose. At about 11PM I awoke to the sound or about 5 gunshots and a group of black teenagers in white T-shirts yelling. I am on the 19 floor and had a good view. Police cars drove by with lights flashing but did not stop as they drove toward Agatite street. The kids ran into Clarendon Park by the field house. I have heard gunfire before but not below my windows as last night...

...Shots last night? -- Yep. Three shots fired in this same vicinity at about 10.35. Couldn't see where they came from and didn't see any of the previous night's rioting activity... And yes, they DO fight... as was mentioned above, and can be seen/heard in the video, there were glass bottles being hurled at each other, subsequently hitting cars and buildings... we all know these gang members can't aim worth ***t, but they're giving it a pretty good try... Oh, and by the way, this is by no means an isolated incident. This same exact scene played out multiple times this Spring as well... One of my thoughts as all this was going on, knowing that our Alderwoman has tied the hands of the police department against actually cleaning up this crap, is what she might do if a "gang" of tax paying Uptown residents stormed her quiet little street, started screaming profanities, turning over trash cans and throwing glass bottles at HER home and car... And to top it off, we get a property tax assessment (ie: property tax increase) that claims our property is worth 20% MORE for 2009. Does Helen think that this kind of activity increases property values?? AAAARGH!!!

Yessir, from the folks who brought you Grove Parc comes the amazing success story of a Community-Organizer-In-Chief and his posse of paid hacks. And it's this kind of success story they're hoping to replicate all across America.


Related: The Liberal Utopia of Detroit. Linked by: Marathon Pundit and TAB. Thanks!

at 9:27 AM
Email ThisBlogThis!Share to TwitterShare to FacebookShare to Pinterest
Labels: Crime, Democrats, Obama