What do you call the reverse of a Midas Touch? Say, when anything a person touches turns to crap? I have a sinking feeling our President has that gift.

Consider the administration's wonderful oversight of the "Cash for Clunkers" program. Leadership so impressive that 250 New York metro-area dealers pulled out of the program today. 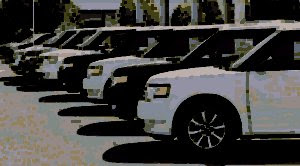 NY dealers say unpaid Cash for Clunkers claims [are] mounting, prompting many to pull out of [the] program...

The Greater New York Automobile Dealers Association, which represents dealerships in the New York metro area, said about half its 425 members have left the program because they cannot afford to offer more rebates. They're also worried about getting repaid.

Joe Taxpayer turns in his car, which was paid off. This car gets turned into scrap, even if it was a useful vehicle. Joe then buys a new car for, say, $25K. The federal government takes $4.5K in taxpayer funds and pays the dealer (or not, if New York is indicative; but I digress). Joe drives the car off the lot, at which point the car is worth $20K.

• Joe Taxpayer: is out a working car that was paid off. Now he's making payments on a loan of $20K for a car worth $20K. 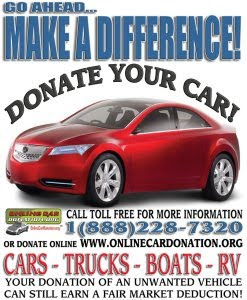 • Federal Government: owes another $4.5K, plus interest, to bondholders.

• Car Company: sales commission on one additional car sale while holding the bag on a $4.5K offset from the feds. This sale was artificially pulled forward in time by the "free money" offered by the government.

• Other retailers: less sales as Joe Taxpayer has a new monthly car payment to make.

• Environment: One more scrapped vehicle and the environmental costs of making a new car.

• Charities: Receive less in donations (both used cars and cash).

• Joe Taxpayer: ends up footing the bill, with interest.

ABC News’ John Stossel spotlights the economic fallacies associatred with this program, which will be expanded from one billion to three billion dollars. Isn't Congress soooooo generous with your money?

Economists call this the "broken window fallacy." In the 19th century, French economist Frederic Bastiat illustrated it with the story of a boy who breaks a shop window. At first the townspeople lament the loss, but then someone points out that the shopkeeper will have to spend money to replace the window. What the window maker earns, he will soon spend elsewhere. As that money circulates through town, new prosperity will bloom.

The fallacy, of course, lies in the fact that if the window had not been broken, the shopkeeper would have "replaced his worn-out shoes … or added another book to his library." The town gains nothing from the broken window.

The money for his faux "Stimulus" was confiscated from Joe Taxpayer. And, if government spends more, we must make do with less.

Anyone with even a modicum of business experience would know this, but not President Training Wheels.

Just consider the Cash for Clusterf***s a preview of coming attractions.