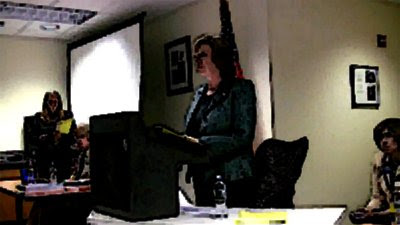 Writing at Hot Air, Ed Morrissey observes that this "is a curious re-election strategy, especially for a Representative who made her name by bird-dogging her former Congressman at his town-hall forums. Consistency isn’t Carol Shea-Porter’s strong suit, apparently, as she demonstrates in this clip from the meeting she finally held with constituents after dodging them for most of the month. When one of her constituents challenges the presence of union enforcers in the crowd, Shea-Porter asks for police intervention..." 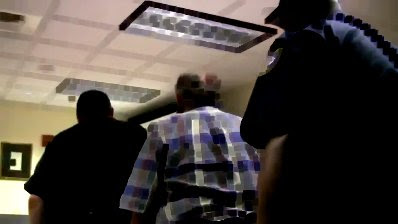 Today's Democrats use the instrumentalities of government to suppress free speech (consider the "Fairness Doctrine", the "Local Diversity Rule" and other mechanisms to silence conservative opinion).

Residents of New Hampshire: watch the video, impress it in your memory, and then throw this Statist hack out of office in 2010.

Liberals simply cannot compete on a level playing field, so they try to control the flow of information in this country at every turn, as they have done with academia, Hollywood, and are now even starting to do with the Internet.