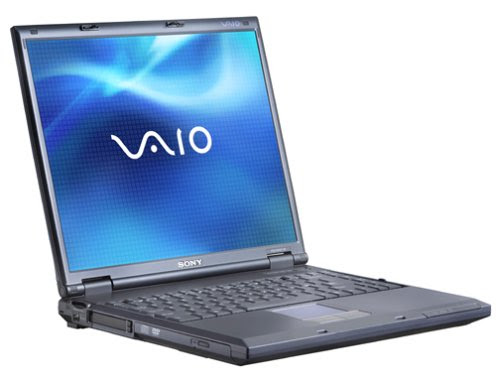 The story you are about to hear is true. The names of those involved have not been changed, due to the fact that I... didn't need to.

He's owned a Sony Vaio for years, a slick and light laptop that exudes "cool". It sat, for months at a time, plugged into the AC outlet in the living room of his fourth-floor condo in Boston. It faithfully served as his Internet surfing device and, from time to time, a backup Windows development system.

Leaving a laptop plugged in continuously, for long periods of time, is problematic because pretty soon the battery is destined to die. And sure enough, when he went to use the Vaio unwired a few weeks ago, the battery was deader than Francisco Franco's grandma.

Using eBay, he found an inexpensive replacement battery, which thankfully arrived within a few days. That's odd, he thought as he opened the box: there were no Sony logos. Only a series of inscrutable Chinese characters along with a slapdash mailing label.

Placing the battery into the Vaio should have been easy. But, for some reason, it didn't seem to want to fit into its pre-ordained space. In fact, it proved downright difficult. Exerting way too much force, Gerry finally shoe-horned it into place using the strength and experience gained from opening over one thousand Miller Lites. Finally, he snapped it into place. Lo and behold, it worked! Everything was back to normal... or... so he thought.

It was then off to dinner for Gerry. A couple of hours later, after a satisfying hiatus at the neighborhood sushi bar, he unlocked his door. And heard a loud POP. Thinking someone was in his apartment, his pulse rate quickened. He looked around for something with which to arm himself. A 9-iron perhaps?

Suddenly he smelled burning! He snuck a glance into the living room only to spot his laptop spouting a large flame, directly from the keyboard. He ran over to the computer, simultaneously searching his field of vision for something with which to douse the fire. Another loud CRRAACK rang out - and flaming dollops of plastic sprayed in an eight-foot radius, thankfully not directly in his face.

Now, a dozen tiny fires were burning -- along with the kindling, I mean laptop. Flames were erupting on his walls, polished hardwood floors, even on the granite countertop.

He quickly stamped the small fires out. But the laptop still burned... IT STILL BURNED! He quickly tamped it out with a hand-towel and surveyed the damage. Floors... not good. Walls... not good either. The smell was overwhelming. He opened the bay windows in the living room to get some fresh, albeit quite cold, air circulating. As he turned back to the laptop, holy sh*t, the flames had erupted again!

He swatted it over and over until it ceased burning. And then he realized it was still plugged in! Pulling the cord out of the wall, he breathed a sigh of relief. Finally, the fire was out. Other than the smell of burning plastic and various pockmarked surfaces, his condo had survived. He walked into the bathroom to use the facilities.

Moments later, after washing his hands, he exited the bathroom. For the love of... the laptop was on fire again! It was like the Exorcist, or maybe Nick Lachey on TV! It just kept coming back for more!

This time, the fire had engulfed the entire keyboard. The flames grew higher and higher. Gerry grabbed the laptop, extending his arms to keep the flames away, and ran to the window. He hurled the burning Vaio as far as he could. It arced from the condo, directly into a snow bank twenty feet away and four floors down. At last. The fire was out.

All he could think was, "thank goodness I wasn't actually using the laptop... on my lap... when it exploded."

at 9:54 PM
Email ThisBlogThis!Share to TwitterShare to FacebookShare to Pinterest
Labels: Scitech