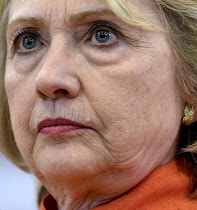 She was also informed in 2009, her first year in office, that she had an obligation under the Federal Records Act to forward her State Department work emails to the agency’s record preservation system. But, according to the news website Circa, Clinton opted against that option because she wanted control over “sensitive” messages.

Circa’s report comes from former Washington Times veteran reporter John Solomon and is based on unnamed sources familiar with the FBI’s investigation of Clinton. That probe ended in July when the FBI and Justice Department declined to press charges against the Democratic presidential candidate or her aides for their handling of classified information.

But sources told Solomon that there was ample evidence that Clinton violated the Federal Records Act by failing to save her work-related emails to the State Department’s SMART system and by exclusively using a private BlackBerry and email account.

Further, Solomon reports that one witness interviewed by the FBI invoked their Fifth Amendment right against self-incrimination. It is unclear who that witness was, but the report describes the individual as a technology-oriented worker.

Bryan Pagliano, the State Department official who Clinton paid under the table to set up and manage her rogue email network, was interviewed by the FBI under limited immunity. He had pleaded the Fifth in an interview with the House Select Committee on Benghazi last year. It’s unclear if he also invoked those rights during his FBI interrogation.

The report contains other new information, which has not been verified by The Daily Caller.

Clinton’s team of handlers was specifically questioned by a tech worker involved in maintaining her private server at her New York residence about whether the system flouted federal rules and regulations. According to Solomon’s source, the worker was told that the system was in compliance.

Clinton also opted to continue using a private email address on her personal BlackBerry because she did not want her emails made available under the Freedom of Information Act. Clinton knew that by using a personal email account, her records would not be accessible to the State Department employees who handled FOIA requests. 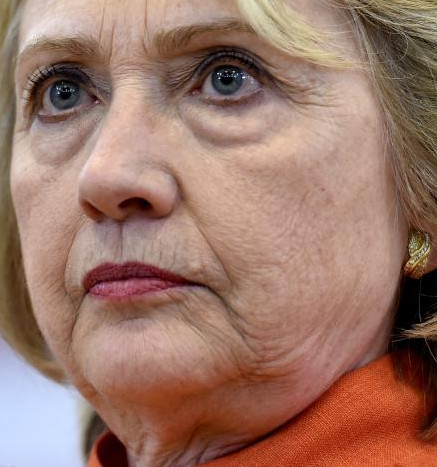 That claim, if true, would grossly undermine Clinton’s assertion that she did not use the private email system to flout FOIA. A federal judge has granted the watchdog group Judicial Watch discovery in order to get to the bottom of that issue. The group recently submitted 25 questions to Clinton asking her why and how she set up the private email system.

“There was plenty of evidence from our interviews, especially from technical and compliance staff, as to the intention of creating a private email system outside the State Department’s record keeping. It was well known, and it persisted even after people raised legal and security concerns,” one source told Circa.

Some of the claims in the Circa report may be cleared up soon. The FBI is reportedly ready to release the report it gave to the Justice Department as part of its investigation. The bureau will also reportedly release notes taken during Clinton’s July 2 interview.

Hillary had the goods on a huge list of top politicians and promised she will take everyone down with her if she is charged.

Hillary Clinton is simply unable to tell the truth about anything. She is more than guilty of so many things and the public knows this for sure. It's time for the CLINTON MAFIA FAMILY to retire from public offices and she needs to be tried and convicted for these things she has done, many of which have harmed our nation and our people.

This is NOT the first time that James Comey has skipped down the "yellow-brick road" with Hillary. During the many Clinton scandals of the 1990’s, a draft indictment was drawn against her for her misdeeds in the Madison Guarantee case. She was ultimately not prosecuted for exactly the same reason as her recent email scandal: The apparent “likelihood of a conviction was slight” because of who she is. What’s really spooky is that in yet another investigation (Whitewater), the Deputy Special Counsel concluded that Hillary’s actions constituted “a highly improper pattern of deliberate misconduct.” And just who was the Deputy Special Counsel? It was one Mr. James Comey! Yup, same guy!