TRY AND CONTAIN YOUR SURPRISE: Hillary "Forgot" to Take Security Training While at State Department

Democratic nominee Hillary Clinton failed to complete the highest level of security training mandated by the Department of State for the proper handling of the government’s most secret documents when she entered the department in 2009, according to documents obtained by The Daily Caller News Foundation under the Freedom of Information Act.

The judge angrily told Department of Justice attorneys to stop dragging their feet, and ordered the State Department to conduct an expedited release of all training documents sought in TheDCNF’s FOIA for Clinton and her aides by Oct. 10, 2016.

The first batch of documents were to be released Monday, but that was delayed until early Tuesday.

According to the documents, Clinton’s chief of staff Cheryl Mills and Huma Abedin, her deputy chief, both completed required training on the handling of “Special Compartmented Information” (SCI) when they entered the department.

A document signed by Mills Jan. 29, 2009, and one signed by Abedin the next day indicated that both officials “Completed SCI indoctrination,” or top-level security training. 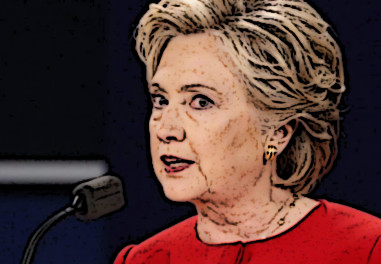 Missing from Tuesday’s release was any signed document confirming that Clinton completed the SCI training course.

Classified documents in the SCI category cover some of the nation’s most deeply guarded secrets, including material obtained by U.S. intelligence agencies through signals intelligence, human intelligence and satellite intelligence.

Human intelligence relates to “human assets,” or spies embedded in foreign governments or informants working for the U.S. among “state actors,” such as terrorist groups.

TheDCNF FOIA request was originally prompted by reports Clinton violated State Department security protocols when she used an unsecured private server in her New York home for thousands of official governmental communications. The server was vulnerable to hacking by foreign governments like Russia and China.

Clinton also intentionally violated State Department rules when she insisted on using her unsecured Blackberry cell phone within the confines of her secretarial office.

Retired Col. Jim Waurishuk, who oversaw security protocols as deputy director for intelligence at the U.S. Central Command and served on the White House National Security Council staff, told TheDCNF it was difficult to believe Clinton did not complete the critical SCI- level of security training.

“It’s hard to believe, particularly as it was her first year in office as Secretary of State,” he said. “The standard process is you will get all your security indoctrination done immediately upon taking office,” he said. “I don’t care if you’re a GS-1 or a private or a four-star general or President of the United States. You’re going to go through your security indoctrination, particularly in the position of Secretary of State.”

FBI Director James Comey said in a July 5 news conference on Clinton’s use of the private email server that the FBI, “developed evidence that the security culture of the State Department in general, and with respect to use of unclassified e-mail systems in particular, was generally lacking in the kind of care for classified information found elsewhere in the government.”

Comey said Clinton’s private server may have been hacked, stating, “we assess it is possible that hostile actors gained access to Secretary Clinton’s personal e-mail account.”

Documents with the SCI designation can only be viewed by authorized individuals in a specially-built compartment called a “Special Compartmented Information Facility,” or SCIF.

The PowerPoint warned that, “it is important to remember that SCI information may only be read, discussed, or processed in an accredited facility known as a Special Compartmented Information Facility,”

In her debate Monday with Republican nominee Donald Trump, Clinton acknowledged cybersecurity attacks were a reality.

“Increasingly, we are seeing cyber attacks coming from states, organs of states. The most recent and troubling of these has been Russia. There’s no doubt now that Russia has used cyber attacks against all kinds of organizations in our country, and I am deeply concerned about this,” she declared.

But Waurishuk said people who refuse SCI training, including Clinton, should have their security clearances revoked.

“Technically, if you don’t do (the SCI training) for people at my level, they can pull your clearance,” said Waurishuk. “There’s a level of responsibility, trustworthiness and your integrity that comes into play here,” he said.

It is still unclear why Clinton did not complete the SCI course, or if she refused to take it.

“Who knows what level of authority that Huma and Cheryl Mills pulled on people to say, ‘bug off, leave us alone. She’s busy. She doesn’t have time for this,’” Waurishuk said.

Bradley Moss, the attorney handling TheDCNF FOIA case in court, said, “time will tell whether they – and particularly Secretary Clinton – ever received renewed awareness training after 2009 just like rank and file employees are mandated to do.”