SHHH, NO ONE TELL THE MEDIA: More than 70% of physicians surveyed are concerned with Hillary's health

This comes to us via Zero Hedge, who notes all the media hand-wringing and “just move alongs”:

Concerns about Hillary Clinton’s health are “serious—could be disqualifying for the position of President of the U.S.,” say nearly 71% of 250 physicians responding to an informal internet survey by the Association of American Physicians and Surgeons (AAPS). About 20% said concerns were “likely overblown, but should be addressed as by full release of medical records.” Only 2.7% responded that they were “just a political attack; I have confidence in the letter from her physician and see no cause for concern.”

More than 78% said the health concerns had received “not enough emphasis” in the media, and only 2.7% that there had been “too much emphasis.”

Nearly two-thirds said that a physician who had a concern about a candidate’s fitness to serve for health reasons should “make the concerns known to the public.” Only 11% said a physician should “keep silent unless he had personally examined the patient,” and 10% that the candidate’s health was “off limits for public discussion.”

They are certainly all right wing sexists and conspiracy theory lovers, you know! 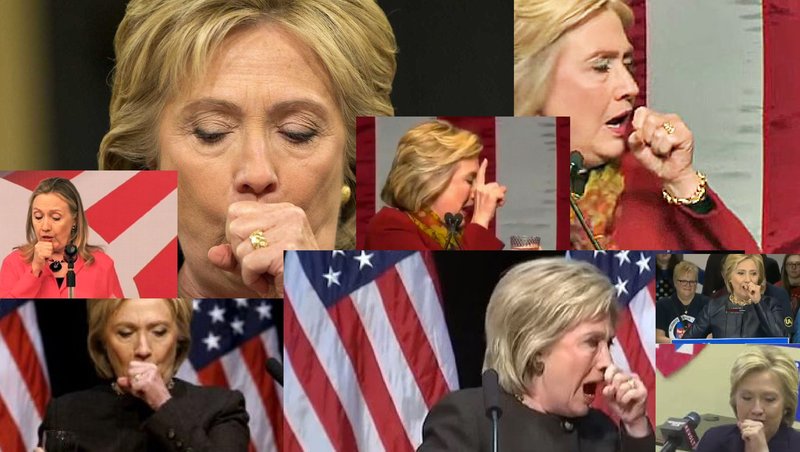 Eighty-eight respondents submitted comments. One said that “the public interest will ALWAYS override either privacy rights or rights of self-determination in the case of a presidential candidate.” Another mentioned Clinton’s “so called loss of memory claimed during her FBI questioning about her email server.” Beyond the specific questions, one remarked that “I think that the candidate should be honest with the public about his/her health!” The history of the concussion was concerning: “The public must watch the movie Concussion to realize that such an injury does affect thought process.”

Many of the comments show that many of the doctors are against Hillary, regardless. Some make great points, others are partisan. Some say Trump should release his records, and that both should be examined by renowned physicians with the results made public.

It will be interesting to see if Rasmussen, Gallup, or some other big polling source will conduct a poll to see if this is important to the American people. Because health matters. Both candidates should release all their records. If Trump was having the coughing fits and problems Hillary seems to be going through and has gone through, you can bet liberals and the media would be questioning.

Buh Bye Hillary,
say hi to John Murtha when you see him, Pol Pot too.

Would someone inform those two brain surgeon assholes B'ore and Goldberg, who discounted any health problems the other night.

70% of physicians are deplorable.

I suggest you tell your doctors that next time you need treatment!

That should be fun!