PANIC: The Clinton Camp Freaks Out

Even The Washington Post noted there were "no questions about her emails," Topic A of the news cycle. Clinton's reckless mishandling of classified material — reinforced by her 39 memory "lapses" in her FBI interview — should disqualify her from office. And Americans get it.

The media elites are in a panic. They witnessed the meltdown of their candidate in broad daylight and can feel that shiver up their spine — except that this time, it is not the delight of victory they are feeling, but the dread of defeat.

The Washington Post is now essentially an arm of the Democratic National Committee. It has done this with deep investigative dive into the penetralia of the Trump empire and no equivalent reporting about the Clinton emails, the Clinton Foundation's corrupt pay-to-play scheme or the nonstop lies from Clinton herself. 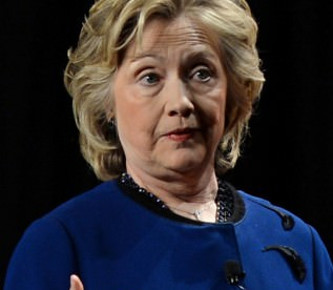 NBC and CBS have jumped on the bandwagon, highlighting Clinton's latest desperate claim that Trump is the favored candidate of the Islamic State in Iraq and Syria (ISIS).

American voters just aren't that stupid, but these news organizations wouldn't know anything about that. That's why they are called the media elites.

On Thursday, The Washington Post editorial board took the occasion of Libertarian spoiler Gary JohnsonGary JohnsonThe media elites feel that shiver up the spine — and it's not victory Fox Business host blames pot for Johnson's Aleppo gaffe Schwarzenegger: Put Libertarians in debates MORE's ignorance on the Syrian civil war as an opportunity to trash Trump.

The Post found Johnson, whom they called "clueless," nevertheless to be "refreshing" when compared to Trump, "who in a televised national security forum Wednesday offered a staggering array of ignorant and mendacious assertions — and acknowledged no regrets about them."

Let's see. According to the Post, Trump repeated "his false claims to have opposed the U.S. interventions in Iraq and Libya."

Really? The only time Trump ever said he might support a U.S. war in Iraq was with radio shock-jock Howard Stern in 2002. Here is how that exchange went:

Anyone who listens to the audio of that exchange will not recognize the bold colors of the Trump they know. Instead, they heard a man who clearly hadn't given the Iraq war that much thought (after all, he was a private businessman at the time). Trump added, "You know, I wish the first time it was done correctly."

Even so, that was enough for the Post, NBC News, and other media elites to say Trump "lied" when he said he opposed the 2003 Iraq War.

Not exactly a "gotcha" moment.

Then there's this. Trump once again asserted in Wednesday night's forum that the Bush administration should have left local Iraqis in charge of the country but kept control of "various sections where they have the oil."

The Post sneered at "the jaw-dropping imbecility of this idea." I guess they have forgotten the widespread media reporting in the run-up and aftermath of the 2003 Iraq war, claiming that President George W. Bush was waging a "war for oil."

"No Blood for Oil," protesters shouted, bursting into congressional hearings.

Post columnist Mary McGrory went further. "We're starting a war not just for oil or for Ariel Sharon, but because we can win it."

Of course, in Europe and the Arab world, "everyone knew" Iraq was a war for oil, Post columnist David Ignatius reminded readers at the time.

I can recall being invited to a French television debate in Paris on Oct. 25, 2004. I was the only Republican guest on a round table of Americans to discuss the 2004 presidential elections. Asked about the allegations that Iraq was a "war for oil," I said, "Of course, it was." I then added, "But it was a war for oil fought by [then French President Jacques] Chirac to preserve $100 billion in contracts for [French oil companies] Elf and Total."

Trump went on to say that regardless of the decision over going to war, the United States should not have left Iraq precipitously, announcing that decision ahead of time so our enemies so hunker down and wait us out. "And the way they got out really caused ISIS, if you think about it," Trump told Larry King on Russia Today (RT).

Predictably, the Post didn't put that comment in context of Trump’s view of the 2003 war, but only reported it because he said it on RT.

I have already "fact-checked" Trump's claim that Clinton and Obama were "founders of ISIS" and found it to be true not just because the precipitous U.S. withdrawal created a security vacuum for ISIS to exploit, but because it was the policy of the U.S. government at the time to reinforce and arm the groups that morphed into ISIS, as a now-declassified Defense Intelligence Agency report from August 2012 shows.

Of course, The Washington Post and the media elites dismissed Trump's claim with a predictable sneer.

The American people have understood the media’s bold double-standard when it comes to the truth. Hillary Clinton’s pathological lying is okay, but anything they don’t like spoken by Trump is not.

Now the elite media is waking up to the fact that they no longer control the narrative, and they are in a panic.

Kenneth Timmerman’s latest book is Deception: The Making of the YouTube Video Hillary and Obama Blamed for Benghazi. He is a Trump supporter.