FORMER JUDGE: James Comey Was Determined "To Exonerate Hillary Clinton" and Shred the Rule of Law 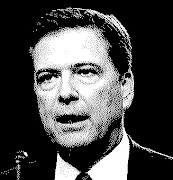 Former First Lady and Secretary of State Hillary Clinton can’t remember certain details on her emails and on many issues she remains evasive. On the other hand, for some observers, FBI director James Comey has clarified recent actions in regard to the Democrats’ presidential candidate.

Comey released documents concerning Hillary Clinton’s emails on September 2, the afternoon before the Labor Day weekend, as Paul Ryan observed, the time when they were least likely to command attention. Comey defended the action and told reporters the FBI released the documents when they were ready. Those suggesting the FBI was being “political” or part of “some fix,” he wrote in a memo, “either don’t know us, or they are full of baloney (and maybe some of both).”

The FBI director also said that the decision not to recommend charges against Hillary Clinton was “not a cliff-hanger” and “there really wasn’t a prosecutable case.” Comey referred disparagingly to “all the chest-beating by people no longer in government.” That may be a reference to former Superior Court judge Andrew Napolitano, who described the FBI interview with Clinton as “very troubling.”

Napolitano counted five times in the report where the FBI lamented that it did not have the material it needed. “This is the FBI’s own fault,” Napolitano wrote. “This tepid FBI behavior is novel in modern federal law enforcement. It is inimical to public safety and the rule of law. It is close to misconduct in office by high-ranking FBI officials. Someone restrained the FBI.” 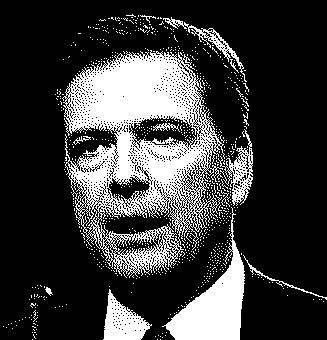 Further, “the FBI did not ask Clinton aggressive follow-up questions. Her interrogators just blithely accepted her answers. They failed to present her with documents she had signed that would have contradicted what she was telling them – particularly, an oath she signed on her first day in office promising to recognize state secrets when she came upon them and to keep them in secure venues. And agents violated Department of Justice policy by not recording her interrogation when her lawyers told them she would not answer questions if her answers were recorded.”

For the judge, “it is apparent that some in FBI management blindly followed what they were told to do – exonerate Hillary Clinton. There is no other explanation for the FBI’s failure from the outset to use ordinary law enforcement tools available to it.”

The FBI’s release of the document on the Friday before Labor Day did not escape media coverage. On the other hand, the old-line establishment media has been slow to recognize James Comey’s history with the Clintons.

As Christopher Andersen noted in American Evita: Hillary Clinton’s Path to Power, after Bill Clinton left the White House, the goal was to get Hillary back in. The road led through New York, where Hillary took aim at the Senate seat vacated by Daniel Patrick Moynihan. Hillary was not from New York and had never spent more than a few days there, so she needed creative ways to attract votes.

New Square, a Hasidic enclave 30 miles northwest of Manhattan, had voted as a bloc in previous elections and campaign workers urged Hillary urged to stop there. In New Square, four members of the Skver sect had been convicted in 1999 of bilking government aid programs for some $30 million. During her visit, Hillary denied that she discussed any pardon.

The day before the election, in a letter to New Square’s main synagogue, president Bill Clinton said he looked forward to visiting the village. As Andersen noted, New Square delivered Hillary’s biggest victory margin of any community in New York state, 1,359 votes to only 10 for her opponent Rick Lazio.

During the final days of his presidency, Bill Clinton opted to reduce the prison terms of the New Square offenders, and after 9/11 that sparked an investigation. As Anderson noted, “Hillary received an unexpected gift in late June when, without explanation, U.S. Attorney James B. Comey closed the New Square clemency case.” Clinton’s pardon of fugitive Marc Rich also drew an investigation and Andersen found it odd that the Bush administration would “help the Clinton’s out” by refusing to release documents related to the pardons. And “in accordance with his boss’s wishes, U.S Attorney James Comey gave Bill and Hillary a pass.”

Hillary’s cleanup hitter is stepping up to the plate again, according to Andrew Napolitano. By his count, Hillary Clinton told the FBI she couldn’t remember a full thirty-nine times. She claimed she used a single electronic device but she actually used thirteen. When Congress began requesting information, her staffers smashed the devices with a hammer and a critical laptop was supposedly lost in the mail.

For Napolitano, destruction of the thirteen Blackberries was “obstruction of justice,” but nobody was charged. The only explanation, as the judge sees it, is that FBI bosses “blindly followed what they were told to do – exonerate Hillary Clinton.”

Comey is a vacuum bag that needs changing.

It is obvious Comey does not have the principles of J. Edgar Hoover. According to author W. Cleon
Skousen in his book THE NAKED COMMUNIST, Hoover was one of the very few people in his position world wide that the Russian Communists did not even try to blackmail in the 1940-1950 timeframe.

In the meantime I'm glad to see Hillary "powering through".
What chutzpah, you double down Hill, ramp it up, you're making the point.