As Barack Obama staggers toward the end of his failed presidency, that marks just the latest milestone in what is perhaps his worst legacy, one that remains grotesquely underreported by the "watchdog" mainstream media.

Namely, he possesses what is by far the worst deficit record in U.S. history.

The primary culprit, the CBO explains, is "weaker-than-expected economic growth" that also characterizes the Obama era:

The growth in GDP that CBO now projects is slower throughout the 2016-2026 period than the agency projected in January.  Weaker-than-expected economic growth indicated by data released since January, recent developments in the global economy, and a reexamination of projected productivity growth contributed to that downward revision.

Not that you'll hear any of this from Obama or his willing accomplices, of course. 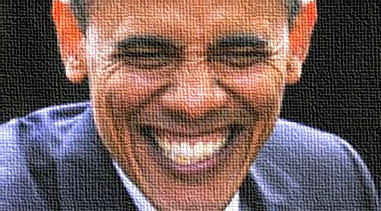 The most you'll hear from any of them on the subject is the preposterous claim that Obama has somehow reduced deficits throughout his tenure.  That amounts to bragging that he halved annual deficits after first quadrupling them.

Before Obama entered the White House, after all, the largest deficit the nation had ever endured was the record $458 billion in 2008.

Let's compare Obama's deficit record to that of the man he so viciously maligned, George W. Bush.

Even if one attributes the entire 2009 deficit to Bush (thereby disregarding Obama's trillion-dollar 2009 "stimulus" and other wasteful spending) and subtracting his 2001 surplus, he still averages just $444 billion for the years 2002 through 2009.

With those comparative averages in mind, it's only fair to recall July 3, 2008, when Obama labeled Bush "unpatriotic" at a time when the deficit was just $161 billion:

"The problem is, that the way Bush has done it over the last eight years is to take out a credit card from the Bank of China in the name of our children, driving up our national debt from $5 trillion for the first 42 presidents, number 43 added $4 trillion by his lonesome, so that we now have over $9 trillion of debt that we are going to have to pay back - $30,000 for every man, woman and child.  That's irresponsible.  It's unpatriotic."

When confronted with these inescapable facts, Obama apologists often rationalize by scapegoating the Bush tax cuts, combined with war spending in Iraq and Afghanistan.

But those rationalizations simply aren't accurate.  War spending in Iraq and Afghanistan reached its peak in 2007, which was also several years after the Bush tax cuts of 2001 and 2003 took effect.  But as noted above, the deficit that year was just $161 billion.

The simple fact is that Obama's deficit record is the worst in U.S. history, and it's not even close.  Long after he exits the White House, we'll all still be left paying his bill.