Where does media bias come from?

Anyone who really wanted to know had that question answered when much of the media took a break from attacking Trump to attack the Associated Press. What does the AP have in common with Trump? Both were hurting Hillary Clinton’s chances to score payoffs from dictators, arms dealers and tycoons with terrorist ties for the next four to eight years.

The Associated Press got in trouble with the rest of the media for digging up dirt on the Clinton Foundation. Instead of just repeating the usual Clinton denials, it actually ran the numbers and noted that more than half the “ordinary folks” who got meetings with her had donated to her Foundation.

Instead of reporting on the AP story, the media went to war on its own. It wasn’t just the usual suspects like Vox and Slate who have a reputation for attacking any actual reporters who stray off the reservation and actually do their jobs. This time all the big boys were on the job.

CNN called in AP’s Kathleen Carroll to barrage her with classic ‘Have you stopped beating your wife’ loaded questions like, “Did you feel the pressure to publish something even though so many critics have said it didn’t amount to much?” A better question might be why CNN didn’t inform viewers that its parent company was a Clinton Foundation donor. But that would be practicing journalism. 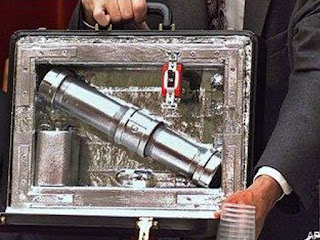 Instead CNN offers gems like, “AP's 'Big Story' on Clinton Foundation is big failure”. A high school paper could have come up with a cleverer putdown, but in this brave new world in which media companies donate to front groups for presidential campaigns and then denounce stories exposing their corruption there are no more new ideas, just organized spin sessions.

If you didn’t like the AP headline, try Vox’s “The AP's big exposé on Hillary meeting with Clinton Foundation donors is a mess.”

Yes, they are all reading from the same script.

But the Times might have started out by cutting its own ties to the Clinton Foundation.

Carlos Slim, the Mexican-Lebanese billionaire who keeps the lights burning at the New York Times HQ, gave the Clinton Foundation anywhere from 2 to 10 million dollars. Then there’s the six figure sum that Hillary picked up for delivering one of her comatose speeches about something or other in a robotic monotone.

The Times tremulously urged Hillary to cut ties with the organization she had used to fuel her political ambitions, worrying that, "If Mrs. Clinton wins, it could prove a target for her political adversaries.”

Could prove? If the New York Times occasionally bothered to report the news, it would have noticed that it already had. But the Times isn’t worried about ethics, legality or national security. Instead it, incredibly, asks Hillary to act to protect her agenda and reputation from her own crimes.

That’s like asking an embezzler to quickly burn his second set of books before the cops catch him.

The New York Times doesn’t give a damn if foreign interests buy the White House. Its only concern is to protect Hillary from Republican attacks. And this overt bias is actually downright moderate.

It’s almost noble compared to the Washington Post, another Clinton Foundation donor, which fired off one attack after another. There was this cheerfully breezy masterpiece which read like North Korean propaganda written by a Portland hipster, “AP chief on patently false Clinton tweet: No regrets!”