The New York Times Company has come under heavy and deserved criticism for its serial mismanagement and shoddy reporting practices. But, as owners of the Boston Globe, the Times Company deserves credit for an outstanding article published in the Sunday Globe. 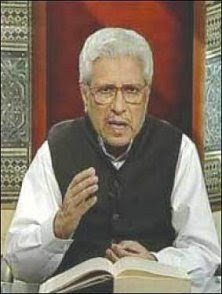 Islamic scholar Javed Ahmad Ghamidi is a Pakistani cleric known for his strict interpretation of the Koran. But, unlike many fundamentalists, his readings argue against terroristic jihad, gender discrimination, and Islamic government. This is a man who needs more attention and the Globe obliges.


If traditional Islam is to coexist with the secular world, clerics like Ghamidi are poised to play important roles. Congratulations to the Globe and the Times Company for publicizing his efforts.