Democrats: a Punchline, not a Party 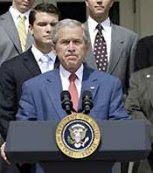 "It is time to rise above partisanship, stand behind our troops in the field and give them everything they need to succeed," Bush said. 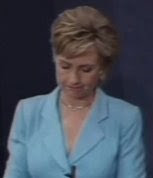 After getting ripped by the Pentagon for boosting enemy propaganda, Hillary decided that wearing a slinky, low-cut outfit might deflect some criticism. 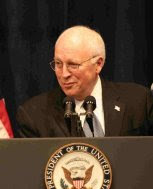 For at least two and a half hours tomorrow, George W. Bush will undergo a colonoscopy. During that time, Dick Cheney will be President of the United States.