Democrats in the Senate killed a legislative provision granting citizens with immunity from lawsuits for reporting suspicious behavior that may lead to a terrorist attack. The so-called "John Doe" amendment was intended to prevent frivolous, expensive lawsuits by the likes of the "Flying Imams."

According to police reports, the imams were asked to deplane a US Airways flight in November after reportedly requesting seat-belt extenders; invoking the words "Bin Laden", "Saddam Hussein", and "terrorism"; shouting "prayers"; and generally acting in a disturbing and suspicious manner. Three of the six had one-way tickets and between all six, only one checked a bag. Once seated, they spread out in the plane in a pattern similar to the 9-11 hijackers. Two sat in the front, two in the middle, and two in the back.

The imams, backed by CAIR, subsequently sued US Airways, passengers, and crew who had reported their activity. The lawsuit against the "John Does" was apparently intended to "discourage passengers from reporting suspicious activity in the future." 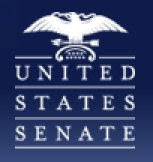 On Thursday, the Senate voted on a measure that would protect these citizens from frivolous lawsuits. The Collins Amendment would provide limited immunity for reports of suspicious behavior -- in other words, for doing precisely what the government asks citizens to do -- that is, "if you see something, say something." 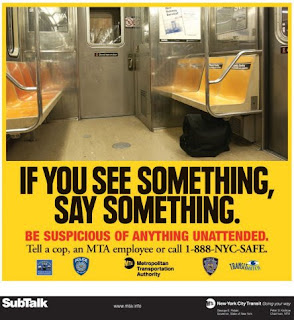 The original New York Subway Sign
But Democrats don't appear to like the idea that citizens can report suspicious behavior (shhh... it may be "politically incorrect"). Wizbang tells us that "Senate Democrats... successfully killed the John Doe provision - at least for now - and have sided with potential terrorists against their own citizens." 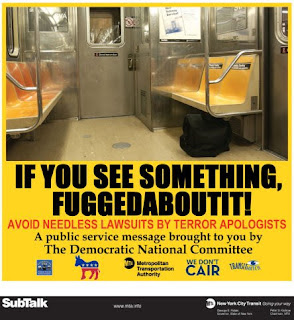 The new Subway Sign
Wizbang also published the roll call -- a veritable wall of shame -- that should be used in every 2008 campaign commercial.

Gateway Pundit has more. Much more. And Michelle Malkin adds to the collection.

at 10:20 AM
Email ThisBlogThis!Share to TwitterShare to FacebookShare to Pinterest
Labels: Democrats, extremism