Google vs. Viacom: an Observation


Google CEO Eric Schmidt leveled some harsh criticism against media giant Viacom, which is suing the search titan for a billion dollars. Google's YouTube subsidiary is accused of "massive copyright infringement" for permitting users to share Viacom shows including South Park, The Daily Show, and The Colbert Report. 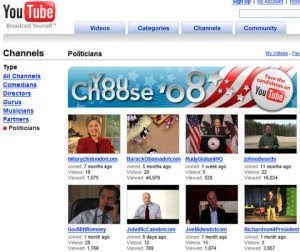 "Viacom is a company built from lawsuits, look at their history... look who they hired as CEO: Philippe Dauman, who was the general counsel for Viacom for 20 years," Schmidt said on Friday.

And if rad91 wants to upload pr0n to YouTube, he might try naming the files "Daily Show".
at 7:32 PM
Email ThisBlogThis!Share to TwitterShare to FacebookShare to Pinterest
Labels: Web 2.0