Ed Morrissey says that "it's easy to tell when a candidate has the potential to do well in a campaign -- the opposition starts throwing mud as early as possible."

Well, the public relations arm of the Democratic National Committee -- better known as the mainstream media -- has begun its anti-Fred Thompson campaign. Someone at high levels is worried, because the effort seems broad and well-coordinated. Consider:

* The New York Times attacks Fred Thompson's wife, asking "Is America ready for a president with a trophy wife?" (Paul Hinderaker responds, "I don't see why not. In 2004, America came fairly close to electing a trophy husband." Heh!).

* Today, nearly a hundred papers are running articles that link Thompson to Watergate including: 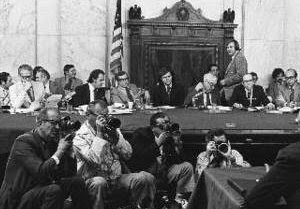 
As of this morning, there were 97 news articles describing Thompson's links to Nixon.

Someone at the DNC must be worried -- very worried -- about Fred Thompson.


What indeed? How about his own, well-written blog and a series of opinion pieces that offer blunt assessments on terrorism, illegal immigration, energy policy, and taxation? Does that count as "substance"?

If the Associated Press gets any more tilted they'll have to change their logo.
at 10:47 AM
Email ThisBlogThis!Share to TwitterShare to FacebookShare to Pinterest
Labels: Democrats, MSM, New York Times