Clinton had Bin Laden in the crosshairs; wouldn't promise British not to torture him


UK's Guardian is reporting that British intelligence had pinpointed Osama Bin Laden's whereabouts on two separate occasions in 1998 and 1999. A thorough report by Parliament's Intelligence and Security Committee details the British offers of information to the Clinton administration under one condition: no torture of the Al Qaeda kingpin was permitted. The Clinton apparatus refused to make that guarantee and Bin Laden escaped to kill another day. 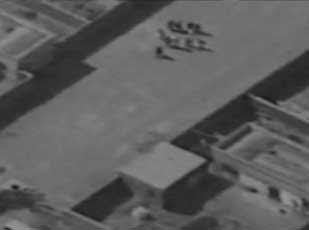 So let's recap. Before Abu Graib, before the Iraq War, and before 9/11, Bill Clinton's administration refused to accept Bin Laden's location -- despite suffering a series of catastrophic terrorist attacks -- because the U.S. wouldn't promise not to torture Bin Laden.

I'd like to use the words irony and hypocrisy here, but neither has sufficient weight. And because it is a double embarrassment for Democrats, the mainstream media is completely ignoring the story (only one U.S. news source, the powerhouse Bismarck, ND station KXMB, has mentioned it).

IowaVoice sums it up concisely: "If Clinton would have done his job while in office, we wouldn't have had a 9/11 or a war on terror." I wonder how many lies will be told by the left to spin this stunning report? The over-under says 1,000.