Scooter Libby is Proof that Bush is Out of Control!

Late today, President Bush commuted Scooter Libby's sentence of 30 months for perjury. While it is true that no one was ever charged with violating the Intelligence Identities Protection Act or the Espionage Act -- the subjects of the investigation -- this is further proof that the Bush administration is completely out of control. Consider the following impeachment-worthy conspiracies foisted upon us by Chimpy and "Dick":

The Iraq War occurred for one reason: to steal oil from the Iraqi people and enrich Exxon-Mobil.

The NSA's international wiretapping program was used to perform surveillance on leftist blogger Markos "Screw 'em" Zunigag; this diabolical plot resulted in losses by almost every candidate he backed.

The Bush administration's incessant lies have spread needless fear to drum up neocon support. So-called "terror" attacks in Manhattan, Washington, Bali, Beslan, Madrid, London, Iraq, Uzbekistan, Israel, Mumbai, Kashmir, Thailand, Darfur, Somalia, Australia, Indonesia, and the Philippines are not connected in any way. And Bush is lying when he says so.

The Iraq War occurred for one reason: to enrich Dick Cheney, who benefits directly from his immense holdings in Halliburton. 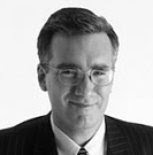 Diebold and AC Nielsen have conspired to falsely depress Keith Olbermann's ratings, preventing him from reaching even a third of the audience of Fox News' Bill O'Reilly. 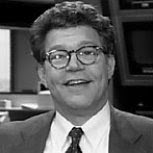 Dick Cheney's top secret mind-control device was used to convince Al Franken that he could win a Senate seat.

The Iraq War occurred for one reason: to invigorate the economy, the neo-cons, and America's military-industrial complex.

Diebold and AC Nielsen have conspired to artificially depress Air America's ratings, resulting in an undeserved bankruptcy filing by the ill-fated radio venture.

Bush lies when he says that the recent terror attacks in London are linked to extremists, they are Salman Rushdie's fault.

Do I hear heads exploding in the distance?
at 8:31 PM
Email ThisBlogThis!Share to TwitterShare to FacebookShare to Pinterest
Labels: Democrats, extremism, Franken, MSM, War