Join the fight for wireless freedom


All seven of my regular readers know that I almost always favor conservative values: strong national defense, fiscal frugality, and economic liberty -- not subsidies. You'll probably be shocked, then, to know that on certain topics I side with more liberal values. One is the concept of network neutrality.

Our country's current telecom infrastructure -- now dominated by essentially two gigantic companies (AT&T and Verizon) -- is broken. And I'll provide some examples why I'm certain this is the case. 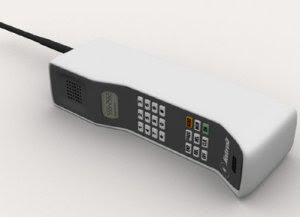 The Internet, by its very nature, provides a level playing field for content providers. You'll hear this equality called network neutrality. What it means is that a guy sitting in a dorm room can invent the next great application -- think Digg, YouTube, and Facebook. The fabric of the Internet, a protocol known as TCP/IP, ensures that wealthy content providers can't be favored over poor ones. Net neutrality ensures the level playing field that results in a steady stream of innovation, unconstrained by immense corporate gatekeepers.

The result of TCP/IP-enforced network neutrality is unprecedented value creation. The aggregate market capitalization of the companies launched under the aegis of the Internet may be approaching a trillion dollars.

Now consider U.S. wireless networks. While the Internet is a hotbed of innovation, the wireless nets are exactly the opposite. They are locked -- tight as a drum. Want some ringtones? Go to your carrier and pay. Streaming video clips? Pay your carrier. Sick of your carrier and want to switch? In most cases, you'll pay a hefty termination fee. And if you own an iPhone, you're out of luck. iPhones are locked to AT&T, with some onerous conditions, and no chance of switching to a more competitive plan.

It's time that Americans rise up against what is effectively a reconstituted telecom monopoly and demand an open wireless landscape.

Go to Free the iPhone and take action.
at 8:01 PM
Email ThisBlogThis!Share to TwitterShare to FacebookShare to Pinterest
Labels: FCC, Mobile