Ah, the progressive left: it never fails to disappoint when it comes to pretending we're not at war. After the aborted terrorist car-bomb attacks in London, Keith Olbermann and analyst Larry Johnson yucked it up at the expense of thousands of terrified Piccadilly Circus visitors. 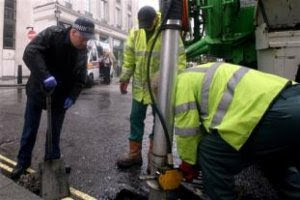 Johnson's claim: that the car bombs would have done no real damage; each car would have burned and perhaps singed a few duffers standing within 20 or 30 feet. British officials, however, indicate that the blast radius would have been "several hundred yards." 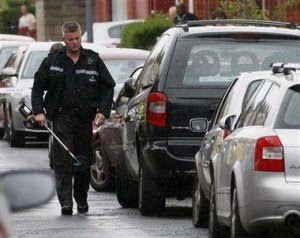 In fact, MSNBC -- Olbermann's very employer -- stated that each car bomb contained "six to eight tanks of propane [that could result in] a fuel-air explosion, creating a fireball the size of a small house and propelling 18 to 20 boxes of roofing nails around a large area at bullet speed." 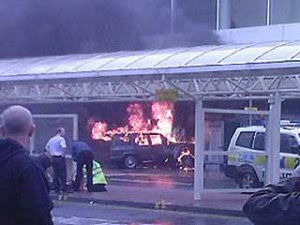 The next day's Glasgow airport attack didn't help the regressive cause. Johnson, though, was quick to respond on his blog with word that the Glasgow attack was a hilarious prank gone awry.


Johnson isn't the sharpest tool in the shed; one simple concept seems to have escaped him: If the amateurs are organized well enough to carry out near-miss attacks without being detected by the authorities, what do the professionals have up their sleeves?

And Ace reminds us of Larry Johnson's dismal track record:


Meanwhile, over at "progressive" portal DailyKos, the UK terror attempts have escaped notice. 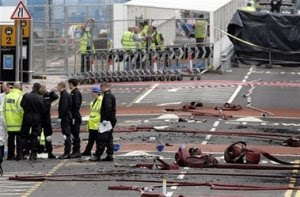 There are no front-page articles about either the propane-gasoline-nail-laden car-bombs, nor the burning Jeep that barreled into the lobby of the Glasgow airport. However, a Kos diarist does theorize that the incidents are completely unrelated and that "British officials are freaking out" for no reason. 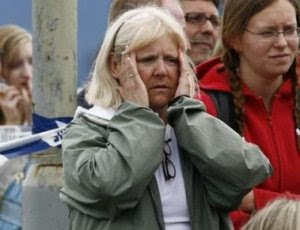 Commenters add to the hilarity with conspiracy theories and other "progressive realism":


Perhaps the next conspiracy theory emanating from the regressives is that the British CCTV cameras snapped pictures of Karl Rove and Ehud Olmert running away from the scene of the attacks.

Today's progressives are sufficiently divorced from reality that their statements seem indistinguishable from satire.
at 10:20 AM
Email ThisBlogThis!Share to TwitterShare to FacebookShare to Pinterest
Labels: Democrats, MSM, Olbermann