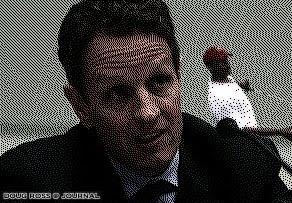 Is there a more mendacious liar in Congress than the malevolent Chris Van Hollen, Democrat of Maryland? I mean besides Chuck Schumer, of course.

Consider the situation America faces. Every expert -- from governmental entities like the OMB, the CBO, and the Medicare Actuaries to private experts like Jim Rogers and the rating agency Moody's -- is warning us that we're headed for a financial cliff.

And, in response, Rep. Paul Ryan (R-WI) appeared on Fox News Sunday today to offer a preview of his committee's 2012 budget plan which projects $4 trillion in savings over the next ten years.

"Where the president has failed to lead, we’re going to lead and we’re going to put out ideas to fix this problem... Democrats could use the plan as a 'political weapon,'" Ryan said.

...We are giving them a political weapon to go out against us, but they will have to lie and demagogue to make that a political weapon. They are going to demagogue us, and it’s that demagoguery that has always prevented political leaders in the past from actually trying to fix the problem. We can’t keep kicking this can down the road.”

He added, “Shame on them if they do that.”

Shame? No, something far worse than shame.

Because even before Ryan's plan has been released, the anti-American loons on the Left -- led by the despicable Van Hollen -- are already demagoguing the proposal. 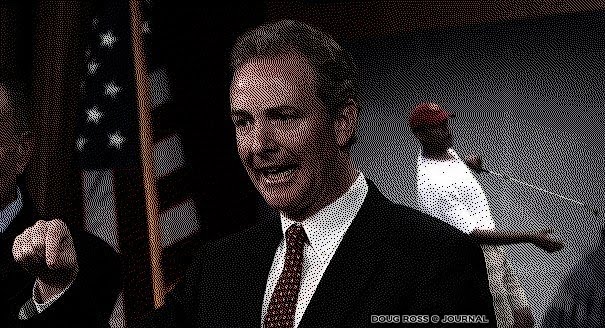 "To govern is to choose, and it is not courageous to protect tax breaks for millionaires, oil companies and other big money special interests while slashing our investment in education, ending the current health care guarantees for seniors on Medicare, and denying health care coverage to tens of millions of Americans. That's not courageous, it's wrong," Van Hollen said in a statement.

So how does this loathsome kook address the budget deficit?

Where's his proposal for increasing taxes on "millionaires"? Where's his plan to further increase gas prices by punishing energy companies with even more taxes and regulations? Where's his forecast for increased government revenue by stealing more and more money from the private sector?

Hell, the Democrats couldn't even pass a budget in the last Congress -- the first time in modern American history that's ever happened. Furthermore, they rang up more debt in three years than the world has ever seen. And this sack of excrement is complaining about budget cuts?

I would call Van Hollen pond scum but that would unfairly lump him in with algae, which is provably more productive than the deceitful Maryland Congressboy.

The propensity of "democrats" to distortion and other lies is indeed outstanding today and remarkable.

Our present system seems to provide no solution to this highly perilous problem.

The striking parallel is the disastrously failed Soviet Union.

Where are the true Republicans?

This moron can go sit on a wooden stick!