Write Your Own Laurence Tribe Op-Ed -- How the Constitution Empowers the Federal Government To Do Anything It Wants!

It's fun for the whole family! Simply choose the right words to build your own, bonafide Laurence Tribe op-ed -- just like the famous, left-wing Harvard Law Professor. Within moments you'll be well on your way to an op-ed in The New York Times or even a coveted slot in the DNC's other newsletter, The Washington Post!

THE lawsuits challenging the individual mandate in the HEALTH CARE LAW MANDATORY HOUSING FOR ALL LAW HEALTHY FOOD LAW CLOTHING LAW, including one in which a federal district judge last week called the law unconstitutional, will ultimately be resolved by the Supreme Court. 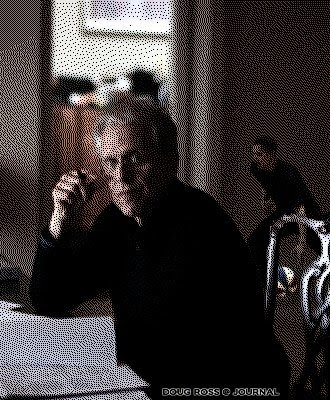 Many new provisions in the law, like FORCING INSURERS TO COVER PRE-EXISTING CONDITIONS FORCING BUILDERS TO PROVIDE HOUSING FOR ALL FORCING GROCERY STORES TO PROVIDE FREE FOOD FOR THOSE WHO NEED IT FORCING WAL-MART TO COVER BASIC CLOTHING NEEDS FOR ALL AMERICANS are also undeniably permissible.

After all, no one can really choose to opt out of the HEALTH CARE HOUSING FOOD CLOTHING market. All must participate, sooner or later. For the system to work, all individuals must participate to the extent of their economic ability.

In this regard, the new law is little different from Social Security. The court unanimously recognized in 1982 that it would be “difficult, if not impossible” to maintain the financial soundness of a Social Security system from which people could opt out. The same analysis holds here: by restricting certain economic choices of individuals, we ensure the vitality of a regulatory regime clearly within Congress’s power to establish.

The decision about how to pay for HEALTH CARE HOUSING FOOD CLOTHING is a quintessentially commercial choice in itself, not merely a decision that might have economic consequences.

There is every reason to believe that a strong, nonpartisan majority of justices will do their constitutional duty, set aside how they might have voted had they been members of Congress and treat this constitutional challenge for what it is — a political objection in legal garb.

For it is clear that the founders intended the federal government to do whatever it wishes with the lives of its citizens.

Laurence H. Tribe, a professor at Harvard Law School, is the author of "It's Living and Breathing, Bitches" and "Barack Obama, President of the World!"