AND THE HITS JUST KEEP ON COMING: Arrested DNC IT Staffer Owed Money to... Hezbollah Terrorists

Congressional aides suspected of criminally misusing their access to House computer systems owed $100,000 to an Iraqi politician who is wanted by U.S. authorities and has been linked to Hezbollah, the Iranian-backed Middle Eastern terrorist outfit.

Imran Awan and four of his relatives were employed as information technology (IT) aides by dozens of House Democrats, including members of the intelligence, foreign affairs and homeland security committees. The aides’ administrator-level IT access was terminated earlier this month amid a criminal probe by U.S. Capitol Police of a suspected security breach, including an off-site server housing congressional data.

The Daily Caller News Foundation Investigative Group has reported that while working for Congress, the Pakistani brothers controlled a limited liability corporation called Cars International A (CIA), a car dealership with odd finances, which took–and was unable to repay–a $100,000 loan from Dr. Ali Al-Attar.

Philip Giraldi, a former CIA officer, wrote that Attar “was observed in Beirut, Lebanon conversing with a Hezbollah official” in 2012–shortly after the loan was made. Attar has also been accused of helping provoke the 2003 U.S. invasion of Iraq as a leader of Iraqi dissidents opposed to Saddam Hussein. 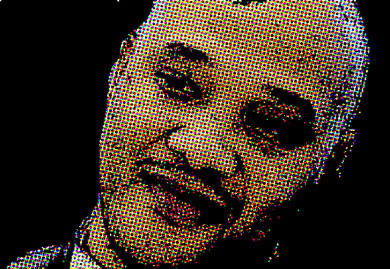 After moving to the U.S., Attar made his money practicing medicine in Maryland and Virginia and defrauding Medicare, Medicaid and insurance companies by billing for non-existent medical procedures. The FBI raided his offices in 2009 and the Department of Health and Human Services sued his business partner in 2011.

Attar was indicted in March 2012 on separate tax fraud charges after the IRS and FBI found he used multiple bank accounts to hide income. He fled back to Iraq to avoid prison.

“He’s a fugitive. I am not aware of any extradition treaty with Iraq,” Marcia Murphy, spokesman for federal prosecutors in Maryland, told TheDCNF Tuesday. “If or when he returns to the U.S., the prosecution will continue.”

Brothers Imran, Abid and Jamal Awan, as well as their wives Natalia Sova and Hina Alvi, were all on the congressional payroll.

Not long before the indictment, Pakistani-born Virginia resident Nasir Khattak, who co-owned CIA with Abid, still had access to some bank accounts holding Attar’s assets.

Khattak was a realtor, and with Attar’s permission, “acquired the money through adjustments to the accounts that he controlled as the realtor for al-Attar,” court documents say.

Abid managed CIA’s daily operations, even though he was also employed full time running computers for representatives that have included Emanuel Cleaver of Missouri, Tammy Duckworth of Illinois and Yvette Clark of New York. But the car dealership was hemorrhaging money. Customers were often shown cars borrowed from a dealership next door.

“It was very bad record-keeping in Cars International … it is close to impossible to make any sense out of all the transactions that happened,” Khattak said in court documents.

CIA’s finances interwove with the House’s. A car-dealing associate who was owed money by the brothers, Rao Abbas, was placed on the congressional payroll.

Khattak said CIA was a “family business” and by 2010 Imran was its primary manager instead of Abid.

Abid Awan filed for personal bankruptcy in 2012 because the dealership was in his name, listing $1 million in liabilities. Bankruptcies are a major security red flag in background checks for employees in sensitive positions.

The loan from Attar was never repaid, leading to a lawsuit over the dealership’s future. Attar claimed the loan default meant the dealership became his, but refused to testify in person, giving power of attorney to someone else to give evidence on his behalf.

Khattek said in court documents that was because “Ali Al-Attar was out of the country as he was involved in politics and the formation of the Iraqi government.” Though he was fugitive, that was also true.

Giraldi, the former CIA officer, wrote in the American Conservative in 2013 that Attar advised President George W. Bush’s key Iraq policy advisors that U.S. forces would be “greeted as liberators.”

“In late 2002 and early 2003, [then-Deputy Secretary of Defense Paul] Wolfowitz regularly met secretly with a group of Iraqi expatriates, consisting mostly of Shias but also including several Sunnis, who resided in the Washington area,” Giraldi wrote. “The Iraqis were headed by one Dr. Ali A. al-Attar.”

Attar’s prediction was wrong, and his qualifications for making it — supposedly based on what the D.C.-area Iraqis were hearing from relatives — were questionable because, although Attar was born in Iraq, his parents were Iranian.

But the U.S.-backed regime change served Attar well, as in 2003, he told The New York Times that “he was one of four people chosen by General Garner to re-establish the Iraq Ministry of Health, and that he expected to be called Baghdad next week.”

That stay in Iraq apparently did not last long, as in 2009, his medical license was suspended by Maryland for separate instances of billing patients and insurance companies for unneeded services.

In November 2010, the Maryland State Board of Physicians brought still more charges of “unprofessional conduct in the practice of medicine and failure to cooperate in a lawful investigation.”

Attar’s attorney said the board was a “Trojan horse” for the FBI. The board said Attar’s “failure to cooperate with the board investigation was deliberate, longstanding and defiant,” and in March 2012 revoked his license.

The Awan brothers worked for members including Andre Carson of Indiana, one of two Muslims in Congress and a member of the ultra-sensitive intelligence committee.

This government is in shambles

The government has been in shambles since George W. Bush lied to the world to start a war in Iraq over weapons of mass destruction that didn't exist.

And it's been going downhill ever since. Good.

Hezbollah is NOT a terrorist organisation. ISIS/Al Qaeda (USA) are terrorists.
If not for Hezbollah, Israel would have stolen Lebanon years ago.

All evil leads to Tel Aviv, the Masters of Deceit and Manipulation

The Seth Rich murder is unsolved? Look who oversaw that case and is involved in the Imran case. Debbie Wasserman Schultz's brother, Steve Wasserman:

Proof that he's her brother:

Add to this that Israeli PM Nuttyahoo is PO that there will be Russian, not American troops enforcing the cease-fire next to the Stolen Golan. Nutty wanted American troops there so the MOSSAD could murder--blamed on Syrians/Iranians--in a gruesome fashion, all the while being recorded with the obligatory Allahu Akbar™ being chanted in the background. The MSM would then run this video non-stop, along with the usual LYING talking heads demanding that the US bomb Iran.

Maybe Israel will do another 9/11 False Flag to get Americans riled up for fighting these endless Wars for Wall Street and Israel?

CHUCKMAN'S OTHER CHOICE OF WORDS said...

I can understand your wanting to attack the DNC dirt, but how does it help to say stupid and untrue things?

Hezbollah is NOT a Middle East terrorist outfit.

That is totally a nonsense from Israeli propaganda.

Hezbollah was created as a result of Israel's illegal years-long occupation of Southern Lebanon after its illegal war in Lebanon which killed thousands.

That ain't terror by any standard. That's resistance to occupation. Of course, Israel hates them and calls them names and gets its big dumb servant, the US government, to mimic nonsense about terror.

Hezbollah has never once attacked Israel, not once, but its existence has caused Israel to bomb the poor people of Lebanon more than once.

NobodysaysBOO:
How did this SCUM GET INTO THE USA? Who hired this CRIMINAL ALIEN TRASH? WHILE GOOD US CITIZENS GO JOBLESS for YEARS! OH OK all the congress is SOLD OUT , TROW them OUT with their MEXICANS and all aliens here NOW!