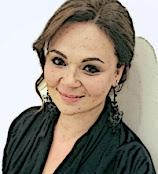 Dellums, who represented liberal San Francisco and Oakland, Calif., is a long-time darling of left-wing political activists. He served 13 terms in Congress as an African-American firebrand and proudly called himself a socialist. He retired in 1996.

The former congressman is one of several high-profile Democratic partisans who was on Veselnitskaya’s payroll, working to defeat a law that is the hated object of a personal vendetta waged by Russian President Vladimir Putin.

A national outcry has erupted in the establishment media about Trump Jr.’s meeting with Veselnitskaya. But there has been little focus on the Democrats who willingly served for years on her payroll helping to wage a Russian-led lobby campaign against the law. Congress passed the legislation, the Magnitsky Act, in response to the murder of Sergei Magnistky, a Russian lawyer who alleged corruption and human rights violations against numerous Russian officials.

According to a complaint filed to the Department of Justice Foreign Agents Registration Act division last July, Dellums failed to register as a foreign agent representing a Russian-driven effort led by Veselnitskaya to repeal the Magnitsky Act.

Instead of investigating Prevezon Holdings Ltd., a Russian-owned firm implicated in the scandal, Russian officials arrested Magnitsky. He died in prison in 2009 after being tortured and killed in prison, according to the Russian Presidential Human Rights Commission.

Prevezon was owned by Denis Katsyv who, along with Veselnitskaya, created the Human Rights Accountability Global Initiative Foundation in the U.S. The foundation was designed to repeal the Magnitsky Act using a lobbying team that included Dellums.

This is not the first time Dellums’ advanced the interests of dictatorships. As a congressman, he was fond of Cuban President Fidel Castro, and he supported Cuba’s military intervention in Africa.

The former congressman is only one of a notable team of partisan Democrats Veselnitskaya hired to defeat the Magnitsky Act.

Glenn Simpson, founder of Fusion GPS, also joined the Russian lawyer and “worked with her on a legal case for years,” according to The Washington Post.

Most news organizations reject the dossier as dubious at best, but it eventually was published by BuzzFeed 10 days before Trump was inaugurated.

Christopher Cooper, the founder and CEO of Potomac Square Group, also joined Veselnitskaya. His company does campaign work for foreign principles and foreign governments including the governments of Azerbaijan, the Democratic Republic of the Congo, UAE, and Nigeria as well as Russia. The company’s clients have included Democratic California Gov. Jerry Brown and Democratic presidential hopeful Vermont Gov. Howard Dean.

The Senate Committee on the Judiciary will convene a hearing next week on the Russian government’s opposition to the Magnitsky Act. Witnesses are expected to include, among others, William Browder, the founder of the Hermitage Fund.

TheDCNF contacted Dellums’ lobby firm but received no reply to inquiries about his role with the Russian lawyer.

Ron used to be called Ron "Red" Dellums. Hair color had nothing to do with it!

Lawyer Magnitsky was working for Bill Browder, a British citizen, Russian investor, and son of famous CPUSA leader Earl Browder. So when Putin messes with a Browder, John McCain steps up for them. Why is this left out?