THE CHECKLIST: What we demand that Robert Mueller tell us about Russian collusion

Christopher Wray, President Trump’s nominee for FBI director is drawing bipartisan approval and appears headed for confirmation. Wray does not doubt the intelligence community on Russian interference in the 2016 election and he does not consider Special Counsel Robert Mueller’s probe a witch hunt. As FBI director he would provide Mueller with all appropriate resources for his investigation.

Senator Ted Cruz describes Mueller as a “good and honorable man,” and Sen. John Thune calls the former FBI boss “a man of integrity” and perfect for the Russia probe. “He is going to get to the bottom and he is going to find the facts,” Thune told MSNBC. The Special Counsel should start at the very beginning of Russian intervention in American elections.

As Harvey Klehr noted in the New York Times, the Communist Party USA was a Russian project from the beginning, managed by the Comintern, which Vladimir Ilyich Ulyanov, also known as Lenin, set up way back in 1919. This Russian political party intervened in American elections by running candidates, and one is still around. 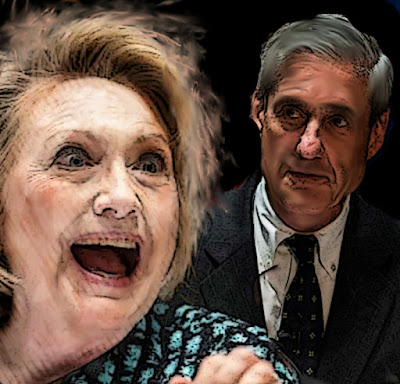 Angela Davis was the keynote speaker at the Women’s March in January but back in 1979 Russia gave Davis the International Lenin Peace Prize. In 1980 Davis was the vice-presidential candidate of the Communist Party USA, on a ticket with white Stalinist Gus Hall. This duo also lost to Ronald Reagan in 1984 but it hasn’t emerged how much money Russia poured into the contest.

Were any Americans colluding with Russia to launder the funds? Special Counsel Mueller, with all the counterintelligence resources at his command, should get to the bottom of that. Perhaps Angela Davis can enlighten him.

During that election cycle, Senator Ted Kennedy was reaching out to Russia. A May 14, 1983 letter from KGB boss Viktor Chebrikov to Yuri Andropov confirms that Kennedy sought to stop not only Reagan’s defense buildup but his bid for re-election. The plan was to connect dictator Andropov, with whom Kennedy was “very impressed,” with media big shots Walter Cronkite and Barbara Walters.

This became the subject of media reports in Europe but not America. With all the resources at his disposal, Special Counsel Robert Mueller should be able to tell us what U.S. counterintelligence made of this blatant attempt at collusion with a hostile foreign power. Kennedy acted against American interests and during perhaps the most dangerous time in the Cold War.

After the fall of the Berlin Wall, Russia remained a danger to the West but President Obama canceled missile defense for U.S. allies in Western Europe, allowed Russia to build up its nuclear arsenal, and did nothing when Russia began gobbling up Ukraine, where Stalin had killed millions.

In March of 2012, apparently unaware of a “hot” microphone, President Obama told Russian president Dimitry Medvedev that Vladimir Putin should give him more “space.”

“Yeah, I understand,” Medvedev responded. ”I understand your message about space.”

“This is my last election,” the president responded. “After my election I have more flexibility.”

"I understand,” said Medvedev. “I will transmit this information to Vladimir, and I stand with you.”

Was the 44th President of the United States perhaps colluding with Putin and Russia to make more concessions that would strengthen a hostile foreign power and leave the USA in a weaker position? That was the same thing his fellow Democrat Ted Kennedy had tried to do.

With all the resources at his disposal, and Christopher Wray in his corner, the good and honorable Robert Mueller should be able to enlighten Congress and the public. After all, this was at the very highest level.

The Russia probe should also be diverse and inclusive. Special Counsel Mueller should have a look at the matters explored in Clinton Cash, about the Clinton Foundation and transfers of uranium to Russia. Was any collusion going on there? And did that play into the 2016 election in any way?

Speaking of elections, in 1976, year of the American Bicentennial, the Communist Party USA ticket was Gus Hall and Jarvis Tyner. It has not emerged now much money the Russian government spent on the race, nor the Americans with whom they colluded. On the other hand, it is known that the Russian-backed party got 58,992 votes, one from college student John Brennan, who wanted the Stalinist Gus Hall to be president instead of Jimmy Carter or Gerald Ford.

Special Counsel Mueller might explain how John Brennan came to head the Central Intelligence Agency. After all, former Clinton National Security Adviser Anthony Lake failed to become CIA director because he thought Alger Hiss might be innocent, which he wasn’t. Might the Stalinist-voting Brennan not have been sufficiently vetted? Did Russian agents run a disinformation campaign on his behalf? What did the FBI know and when did they know it?

We know that Donald Trump Jr. talked to a Russian woman, and that it didn’t amount to much, if anything. If Special Counsel Mueller is going to “get to the bottom” of Russian interference, he needs to tell us more of what we didn’t know and why we didn’t know it.