Senate Republicans — and not President Donald Trump — are in the center-right media’s crosshairs if the Senate fails to repeal Obamacare, all early indications show. Where in the Senate, however, the blame lies — liberals, conservatives, leadership — depends on where you look.

The Drudge Report, a powerful center-right web aggregator that was an early Trump booster, lambasted congressional Republicans, running the headline “most unproductive Congress in 164 years” at the top of the site.

The Obamacare overhaul looks like it may be torpedoed in the Senate after Republican senators from the left and the right of the party said they will vote against it.

Some center-right media commentators blamed the moderates, others blamed the conservatives, some blamed both.

“Fox & Friends” co-host Brian Kilmeade singled out both the left and right members of the party, addressing Sens. Rand Paul, Rob Portman and Susan Collins. “These people are being true to their school,” he said, “just not true to their party, and maybe not true to their country.” 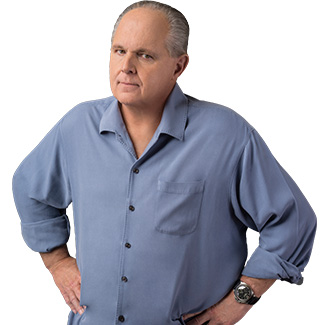 Conservative radio host Laura Ingraham singled out only conservative members Sens. Mike Lee and Rand Paul in a tweet, asking “Q[uestion] for @SenMikeLee & @RandPaul: Why is keeping Obamacare preferable to any alt[ernative] that could get 50 GOP votes in the Senate?”

Another conservative talk show host, Hugh Hewitt, directed his dissatisfaction at moderate GOP Sen. Dean Heller of Nevada for opposing the bill, questioning his intelligence (“he’s not the sharpest knife in the drawer”) and lamenting the damage he has done to the Republican Party. Heller is perhaps one of the most vulnerable GOP Senate incumbents up for re-election in 2018.

Rush Limbaugh hammered “establishment” Republicans for being too afraid of the bill’s unpopularity: “You gotta know where to take the battle and fight, and I’m sorry — investing in the Republican leadership to carry your water? Who ever thought that would work?”

Senate Conservative Fund President Ken Cuccinelli said in a statement that his group will “seek to identify, recruit, and fund conservative challengers against Republican senators who vote against repeal. If they won’t keep their word and if they can’t find the courage to repeal a liberal takeover of our health care system that has hurt so many American families, they should be replaced by someone who will.”

The GOP’s failure to repeal Obamacare, and the time spent doing so, jeopardizes Republican lawmakers’ ability to grapple tax reform as well as the likelihood of passing legislation on infrastructure this year. This could leave Trump and the GOP with no meaningful legislative victories in his first year as president.

This could leave Trump and the GOP with no meaningful legislative victories in his first year as president.

This has been the Republican Establishments goal all along. Being that President Trump is an outsider and they don't want him as President they are doing nothing to support him.

If they do not repeal, and I mean repeal and not replace, Obamacare I will vote out my Congressman and two Senators, all Republican next time they are up for election. They certainly have lied and are not doing what we want. This is not due to Trump it is due to Congress.

No repeal of this damned un-Constitutional piece of crap?

OK then, so obviously the GOPe doesn't need my vote. Or my financial support. In fact, they're proud of being Democrap-Lite!

Or maybe I won't.