The Blithering Idiocy of the #NeverTrump Elites

When I was a kid, an outfit called Big Time Wrestling would come to town. The favorite rivalry was between stage gringo Ray Stevens and the chivalric Pepper Gomez. Fierce disputes over which champion was better would break out on the playground after a bout. Then one day an older Mexican kid shattered our illusions by informing us that he had seen Stevens and Gomez laughing together over dinner in Chinatown.

Welcome to American politics, where the educational and economic elites, especially in the bicoastal politico-media complex, are bound together by a privilege that transcends the lurid dramas of conflicting ideologies.

Two recent columns talk about this divide between mass and elite in American society. David Brooks, house-conservative at the New York Times, wrote a much-ridiculed, but still perceptive column about what defines the American elite, and how they ensure that their children will inherit their privilege, and the less-privileged will be kept out. By using their wealth to “invest” in their kids’ success––the best schools, public or private; the means to pay for tutors, SAT prep courses, internships, and foreign travel; and the social connections to help them matriculate at Ivy League and other top-notch schools, 70% of whose admissions come from the top 25% of income distribution.

The gate-keeping comes in the form restrictive building codes that in deep-blue redoubts of privilege like San Francisco and Manhattan keep housing prices high, and schools demographically homogenous. The result is a shared social and cultural capital that is second-nature to insiders, but alien to those who have not been exposed to the knowledge, mores, manners, and taste that comprise it. 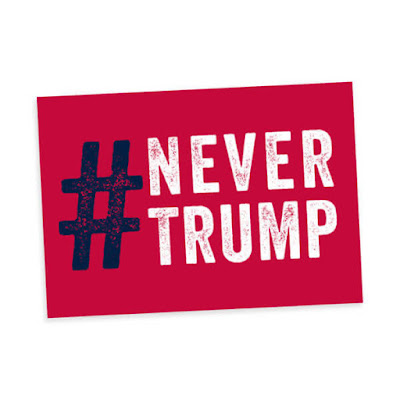 A specific example of elite solidarity across partisan lines appeared in a New York Post column by Maureen Callahan. She peruses the guest-list for an annual soiree hosted by Washington Post heiress Lally Weymouth in the Hamptons:

It was full of politicians and power brokers — the ones who pantomime outrage daily, accusing the other side of crushing the little guy, sure that the same voter will never guess that behind closed doors, they all get along.

Like Pepper Gomez and Ray Stevens, these denizens of the 1% are fierce partisans in front of the cameras, but old pals at a tony party or a chic restaurant or a high-end golf resort. They share the same zip codes, the same tastes, the same amenities of celebrity and wealth, and ultimately the same interest: keeping themselves on top, and hoi polloi at a distance.

This social reality can help solve the mystery of Republican NeverTrumpers and their obsessive anger––Trump is a 1% traitor who has turned against his own in a bid for political power. From ancient Athens on, populist demagogues have usually been aristocrats who betray their class by enlisting the support of the grubby masses and legitimizing their grievances. They buy loyalty by promising to redistribute the property of the wealthy, and by sneering at their mores and taste, their education and proper pronunciation, and especially their reflexive sense of superiority.

In antiquity it was land and lineage that defined privilege. In our day, prep schools, top-ten university degrees, formal speech, correct diction, proper manners, and high-cult allusions all mark off the elite, and hide the fact that their position comes from money and connections as much as merit. Someone like Trump, who violates every one of these canons and enjoys the support of the “bitter clingers” and “deplorable” masses, infuriates the elite by challenging their right to rule by virtue of their presumed intellectual and cultural superiority.

The NeverTrump Republicans, of course, deny that there is such an establishment elite, or that they are members of it. But that’s like a fish denying it’s wet. Someone like NeverTrump hysteric Bret Stephens––son of a corporate vice president; graduate of the tony Middlesex School in Massachusetts; possessor of degrees from the University of Chicago and the London School of Economics; columnist for the New York Times­­––epitomizes elite privilege, and its anger at a class-betrayer like the vulgar, rule-breaking Donald Trump whom it deems unfit to rule.

The real evidence, however, that style rather than substance lies behind the NeverTrumpers’ hatred is the inconsistency of their standards of criticism. Right now all the angry talk is over Trump’s son meeting with a Russian lawyer, an alleged agent of Putin’s regime, because he thought he’d get some dirt on Hillary. “Collusion” they cry, or at the least yet another failure of judgment and protocol that compromises the whole Trump administration.

Talk about straining out the gnat but swallowing the camel! Where was this stratospheric dudgeon when Barack Obama was caught on a hot mic promising Putin’s flunkey that he would be “flexible” on missile-defense after the election? Where were all the hair-on-fire hysterics about supping with the Russian devil, and doing so solely for personal and partisan political gain? Or for unleashing the IRS, the DOJ, the NLRB, the EPA on progressives’ political enemies? Or for two of the most politicized AGs in recent memory? We could have used that passionate anger back then, but of course, apart from being “black,” and so triggering the guilty- white “preemptive cringe,” Obama had the right degrees, the right connections, and the right superficial manners and patter one expects from “one of us.”

The same is true of Hillary Clinton. Nothing Donald Trump has materially done comes even close to Clinton’s patently felonious behavior. Violating the law regarding the handling of classified information, then obstructing justice by “bleaching” her hard drive; lying to the faces of the grieving parents next to the coffins of their four children killed by her foreign policy blundering; running a pay-for-play foundation that put 20% of U.S. uranium into the hands of a Russian company in exchange for donations––by what moral metric is Donald Trump Jr.’s naively taking a meeting, on the promise of oppo-research, even remotely close to such compromising of our national security and the Constitution?

The excessive outrage over Trump’s errors of style, which exceeds what we heard over Hillary’s corruption and felonious actions, cries out for explanation. For the principle that moral outrage should be proportional to the offense is not at work here. From the beginning of Trump’s campaign, the disproportion of his critics’ anger with their response to Obama’s and Clinton’s assault on law and the Constitution has shown that something else is going on: an elite class is angry that the highest power in the land, with all the attention and perks that go with it, is in the hands of a vulgarian who sneers at their class-defining proprieties and protocols.

In the end, all that matters at this point are Hillary Clinton is not president, Merrick Garland isn’t sitting on the Supreme Court, Obama’s Constitution-busting Executive Orders are being rolled back, overreaching federal agencies are being reined in, the corrupt activist media and the Democrats are self-destructing, and for the first time in a long time there’s a chance to tame the regulatory behemoth of the federal government. If Trump continues to deliver significant change, everything else will be a transient spectacle.

Charles Murray wrote about these zip codes in "Coming Apart". This isn't new. Anyone who doesn't see the hypocrisy of the Left on wealth inequity or the "right" on how evil the Left is when they're in bed with each other....smh. My opinion is our Republic is dead and Trump can't resurrect it. I was an avid Cruz supporter who could never vote for the venal Clinton. I did cast my vote for Trump but didn't trust him based on his past. I have been surprised that he has mostly stuck to his campaign promises. I have hopes that he can actually roll back the Leviathan, but I just don't see it happening.

More accurate than most want to admit. Some of my relatives are in the elite group defined here. Cousins with privilege the masses can't imagine from upbringings where they're taught we're all equal In opportunity. The wealth controlled by the elite is beyond comprehension of the average man who can't afford his health insurance premium or deductible but will vote for anyone who promises to ease his burden just enough so he can get by.
The elite will not embrace any policy that helps the masses but will enact all kinds of rules and regulations to control those masses. The strangest aspect of all is that there are legions of those within the masses who gladly do everything they can to advance the agenda of the elite and build the very walls that hold everyone else in, including themselves.