Once upon a time there was a liberal media. Like most left-leaning institutions it worked hard to prove its progressive premises. Democrats were good and Republicans bad. The police and the military were bad. Social welfare spending and diplomacy were good. Israel was bad and the PLO was good.

This was the thing we used to nostalgically call media bias.

We aren’t dealing with a liberal media anymore, but an illiberal media. The liberal media was content to use its institutional power as a megaphone to broadcast its views. But you could debate those views. Actual conservatives were allowed to write columns, and not just as a strategic attack on some element of the GOP the way it is now, and appear on television to offer opinions, and not just as punching bags.

The liberal media was convinced it would win the argument because it was right.

The illiberal media isn’t interested in winning an argument, but in silencing the opposition. It doesn’t just want to shout louder than you. It wants to use its institutional power to shut you up.

This isn’t just a media phenomenon. It’s what happened across the social spectrum when the people we used to call liberals became illiberal leftists. It’s why colleges censor controversial speakers and punish dissenting faculty. It’s why the environmental debate went from scientific discussions to calls to punish, fine and even jail those who question the left’s Luddite alarmism on Global Warming. 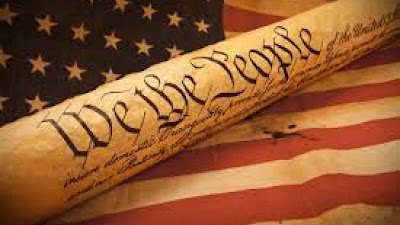 It’s why the debate over gay marriage shifted to punishing Christian bakers and florists, the arguments about Israel tilted to preventing musicians from performing in Tel Aviv and civil rights turned into a call to create “safe spaces” that ban everyone else. Diversity is no longer dressed up as an expansion, but is now explicitly a contraction. Don’t read books by white authors. Don’t hire more men. Kick Jews out of the gay rights rally. Send the IRS after conservative groups. Punch a Trump supporter in the face.

Nearly every leftist cause these days is expressed by punishing someone. Arguments are won by force. The illiberal totalitarian lurking inside the liberal, as David Horowitz described it, is out of the closet.

It’s a lot easier to spot illiberalism in the press and academia because they depend on the free exchange of ideas. It’s hard to spot creeping totalitarianism at the DMV or in any government bureaucracy. But it’s really easy to see the change on a college campus or in the pages of your local newspaper.

And that’s where the iron curtain truly falls on the First Amendment.

The modern campus is mired in trigger warnings and safe spaces. Faculty and administrators are lynched, buildings are burned, students are assaulted and dissent is ruthlessly silenced.

After the election, the media launched a purge of conservative voices from social media and the internet under the guise of fighting “fake news”. The meme quickly rebounded against it, but it succeeded in embedding partisan media “fact checkers” into Google and Facebook. Many of the pitched battles fought by the press corps against the White House were about closing access to conservative media.

The media was using its institutional power to impose a monopoly on the press even while wrapping its struggles with the White House in the tattered shreds of the First Amendment. The liberal media disdained conservative voices. The illiberal media had set out to silence them. Its pretext was that an unregulated press was a danger to democracy. Fake News was an emergency that justified censorship.

Stripped of all the niceties, the media responded to losing a democratic election by censoring the press. It launched this attack on the First Amendment under the guise of an institutional monopoly on the press. Only the media gets to decide who is a journalist. Or which outlets have the right to operate.

Within a few short years, leftist illiberalism had tossed out support for Freedom of Speech and Freedom of Religion. Freedom of Assembly came under fire from the Mayor of Portland who attempted to shut down a rally. The assault on Freedom of the Press knocks out the entire First Amendment.

The leftward tilt of the Democrats doesn’t just mean policy differences like embracing socialized medicine and free college. The left is a totalitarian movement. And that means a whole new set of rules. The goal of leftist institutions is to consolidate authority and eliminate dissent. They will do so procedurally if they can and by force if they can’t. If they can’t ban it, they will beat it to death.

The media is no longer just in the messaging business. Instead its mission is to consolidate control over messaging by banning or eliminating sites that don’t share its political agenda. Its larger agenda is to help the other arms of the left consolidate control over their arenas, whether it’s politics, academia or corporate boards, by pushing the same totalitarian controls that would eliminate dissent.

The liberal media was an illegitimate institutional trust. It benefited from monopolistic power, but it was not actively trying to win the argument by destroying the opposition. Instead it assumed that it would gradually influence people and discredit its opponents. The illiberal media doesn’t set out to argue, it denounces, it calls for urgent action and swift measures to resolve an endless series of crises. These crises, ranging from Islamophobia to the destruction of the planet, must be solved yesterday. Constitutional niceties, whether it be democracy or freedom of speech, can’t be allowed to interfere.

This Reichstag fire political tone is ominously totalitarian. It justifies and advocates for tyranny. It ignores opposing points of view where it can and demands their criminalization where it can’t. Its native tongue is xenophobic contempt. Its editorials demand the eradication of opposition to proper progressive goals.

Free societies turn totalitarian when civic institutions seize power to protect certain values which become reducible to themselves. Federal judges usurp the President of the United States and claim that they are protecting the Constitution by flagrantly abusing it. Unelected institutions claiming to safeguard the country from the danger of free elections is a classic form of the totalitarian takeover.

The choice of David Horowitz as an example of someone who takes down the illiberal media is unfortunate, considering the attempt by Horowitz, National Review, and others to silence Diana West's book several years ago. Mr. Horowitz even came on our site to leave a comment on her work (never before and never since has he done that).

This coordinated shame and shun attempt by the soi-disant "conservatives" was a prequel to what many of them did during Trump's campaign. Same methods, but on a much larger scale.

Illiberality is not confined to the Left.

The illiberal media isn’t interested in winning an argument, but in silencing the opposition. It doesn’t just want to shout louder than you. It wants to use its institutional power to shut you up.-- MSN used to be my home page because I liked the layout and it was nice to see what the libs were up to this time. Almost every story had a comment section and they were full of arguing and name calling libs, progressives, socialists,(so yea, democrats)conservatives, middle of the road you name it. Unless you were brain dead you could learn something from the comments but the liberal media they drew their stories from couldn't really defend their indefensible position so; no more comments. The very few who really like the viewpoint don't comment anyway because there's nobody right there telling them what to say. The rest of us went looking for the same thing too. It's very unfortunate we have become teams or sides but that's what libs have forced on us all.

There are those of us who served honorably who now have immediate family doing the same and we are aghast at the thought we're fighting an enemy that Barack Obama enabled and emboldened, in a war he already claims he "ended" -- the former president thinks it was a "promise kept"!
https://joekiddone.blogspot.com/2017/07/president-trump-didnt-but-obama-did.html

But when I run across news media-types and ask them about it, they either don't care or they don't want to discuss it. It's almost as if it's not happening. And that bothers the hell out of me.